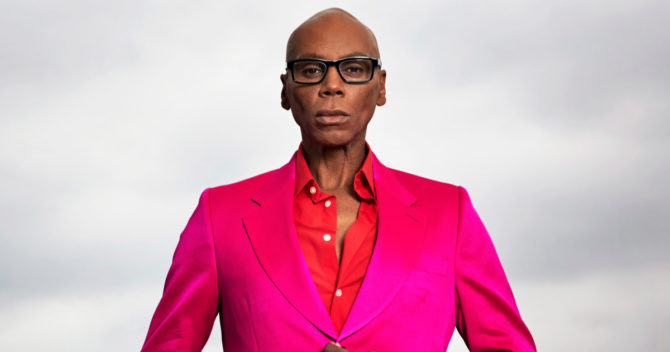 Everything’s coming up RuPaul these days.

Season 9 of RuPaul‘s Drag Race premieres Friday and promises tons of she-larious surprises and an impressive roster of celebrity judges, including The B-52s, Todrick Hall, Meghan Trainor, Tori Spelling, Lisa Kudrow, Cheyenne Jackson, Kesha, and, of course, Lady Gaga, among many others.

On top of that, Ru recently confessed to Chris Matthews that he and his hot rancher boyfriend of 23 years tied the knot earlier this year. “I don’t think I’ve said this,” RuPaul told Matthews. “I’ve never said this on television before: we are married.”

Now, we have even more exciting RuPaul news… The drag diva is teaming up with J.J. Abrams’ Bad Robot production company to produce a new TV series about his life.

The half-hour dramedy series will be set in New York City during the Reagan era 1980s and will be a fictionalized version of Ru’s rise from club kid to drag queen to gay icon to global superstar.

RuPaul, who will executive produce the show along side his World of Wonder colleagues Fenton Bailey, Randy Barbato, and Tom Campbell, says the premise was inspired by his own story, which involved growing up in San Diego and then moving to Atlanta to study performing arts, relocating to New York and becoming a popular fixture in the gay club scene.

The show doesn’t have a title yet and is still being shopped around to networks. Given the fact that everything RuPaul touches these days seems to turn to gold, we’re pretty sure it’s going to be scooped up in no time.