RuPaul’s Drag Race returns January 25 for a third season of All-Stars–as good a time as any to reflect on RuPaul Andre Charles and his already storied career. The boy from San Diego who became a club kid in the 80s, a pop starlet and actor in the 90s and then an entertainment mogul in the 00s has come a long way to international icon status.

For all his popular success on stage and screen, RuPaul is only now finding his voice as a leader of the resistance. As he told Oprah, he attributes the success of Drag Race less to a growing acceptance of queer life and more to an emerging generation characterized by a lack of interest in binary labels, and an emerging resistance to political and social repression.

In a way, every high-heel clacking step on his road of life has led him to this precipice.

1. He preaches the gospel of just being yourself

Part of the power of Drag Race comes from his uniquely unabashed personality: whether in or out of drag, RuPaul is always himself, never embarrassed, leading by example and not by fiat. It should come as no great shock that the popularity of Drag Race (not to mention recognition at the Emmy Awards) has come at a time when LGBTQ people have made themselves more visible than ever before–at a time when increasing numbers of people are taking on the queer moniker. Nearly half of Generation Z refuses to identify as straight, and the mainstreaming of drag (which roughly parallels Ru’s career) has played no small role in this development.

2. The power of humor

Those of us who spent part of our lives at drag shows or around drag queens know what fans of Drag Race have come to understand: the power of drag comes from its humor. Like any form of satire, drag cuts deepest—and gets the biggest laughs—when it confronts obviously false societal constructs about sex, gender and class. Anyone can lip-sync to a song. Drag queens like RuPaul have combining lip-syncing with runway modeling, dramatics and stand-up comedy to elevate drag into an artful social commentary. In that way, RuPaul doesn’t need to write lengthy treatises or give lectures: the clothes say it all.

3. The irony of reality

Has society come to a point where it recognizes so-called reality television as anything but real? Much like the current White House, fights get staged, sound bites get assembled, and footage is cut together to drive a “story” created by the producers of a show. Drag Race, much as it challenges ideas about sexuality, gender and fashion, also turns the reality precept upside down. By parading about in drag personas, the contestants—not to mention Ru himself—emerge as more complex, authentic people than the usual tribe of nasty, oversexed and substance-addled reality contestants. Much as a scripted drama reveals emotional and philosophical truth by applying a false veneer, Drag Race finds truth by presenting the drag queen personas first, and then letting the front of make-up and glitter peel away to reveal something more. RuPaul humanizes drag, which helps people relate to and adopt parts of its outsider status. 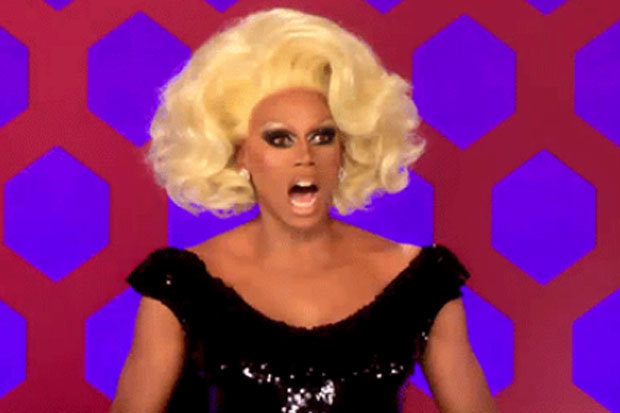 In his interview with Oprah, not to mention in a long New York Times profile, Ru argues that humanity exists as a single entity: we are all one. In that sense, drag becomes less about the shock of cross-dressing than a personal exploration of sexuality, gender, race and culture. Though RuPaul may not personally think of himself as transgender or non-binary, his fearlessness in exploring the spectrum of, well, everything provides a unique and valuable example for young and old alike yearning to explore life at the margins and not fall into the trap of convention.

RuPaul never let being a drag queen limit him as an artist. For that matter, a successful recording career didn’t satisfy him (anyone else remember when he posed with Nirvana for an iconic photo at the MTV VMAs?). He showed his versatility as an actor in both male and female roles. Now, with Drag Race, he’s taken a form of cult performance into the culture at large. Last year, the show actually posted its best ratings to date after nine seasons.

How many other series, even hits, have enjoyed such an enormous growth in audience over nearly a decade?