With the RuPaul’s Drag Race franchise not-so-slowly expanding all over the world with spin-offs like Drag Race Thailand and Drag Race U.K., the bicoastal DragCon plus world tour after world tour for the show’s alums, it’s only fitting that the little drag show that could is getting its own Las Vegas residency.

RuPaul’s DragRace Live will kick off (we imagine with an impressive high-kick) at the Flamingo Hotel on the Vegas Strip beginning in January 2020 for an eight-month run, with five shows a week.

RuPaul made the Ruvelation during DragCon in New York over the weekend, saying: “RuPaul’s Drag Race Live is an immersive, interactive thrill-ride for everyone who loves to laugh, dance and sing-along when a fabulous drag queen shakes her padded ass on stage.” 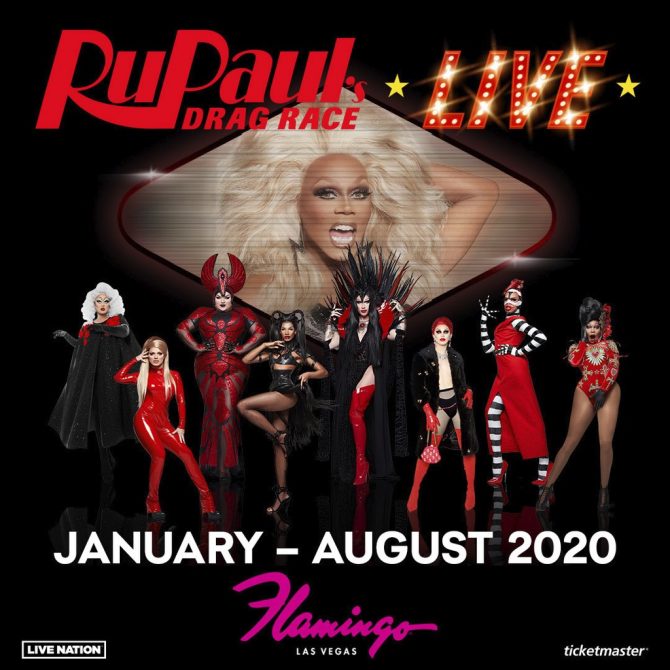 The show will be directed by RuPaul and Jamal Sims, and promises to be “the most sickening eleganza extravaganza in Las Vegas herstory.”

Already confirmed as part of a rotating cast of queens (as in, not every queen will be in every show) are: Aquaria, Asia O’Hara, Coco Montrese, Derrick Barry, Eureka O’Hara, India Ferrah, Kahanna Montrese, Kameron Michaels, Kim Chi, Naomi Smalls, Shannel and Yvie Oddly.

Presale tickets are on sale now at rupaulsdragracelive.com.