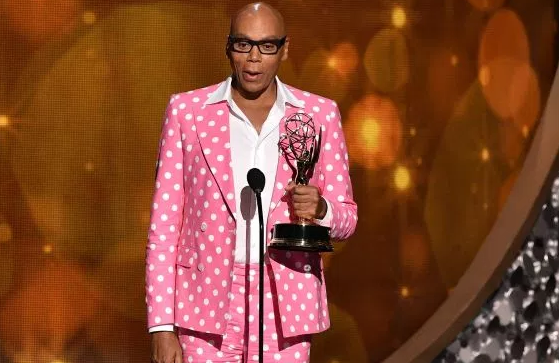 “I want to thank the Academy for honoring the entire cast and crew of ‘RuPaul’s Drag Race,’ my family at World of Wonder, and our champions at VH1. It takes a village, people! Their creativity and dedication to telling the stories of our brave and talented queens never ceases to amaze, amuse and inspire.”–RuPaul, in a statement responding to Drag Race’s impressive eight Emmy nominations, including outstanding reality competition and outstanding reality competition host.

Congrats to @RuPaul, @RuPaulsDragRace on ALL OF THESE EMMY NOMINATIONS!!! YAS GAWD pic.twitter.com/qMt3Ugz3DA

I feel like @RuPaul has redefined the reality competition format with this season's final. Well Done! Emmy for you! @RuPaulsDragRace

Raven from RuPaul's Drag Race got an Emmy nomination for make-up. That redeems this list of mediocre nominees somewhat.

Lady Gaga was part of The super bowl and RuPaul drag race and they're both Emmy nominated!! Yasssss Queeen pic.twitter.com/SUY6RJTNSq

And untucked got nominated too! About time