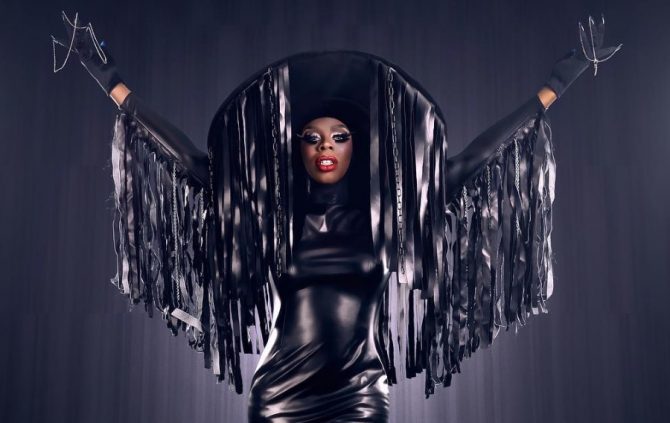 As we await the inevitable gaggery in store for this week’s episode of RuPaul’s Drag Race season 11, we can’t help but dwell on last week’s bizarre ending.

At this point, audiences expect Ru to throw the “rule book” to the wind every now and then. Last week there was a collective gay gasp when all six members of the losing team were asked to lip sync for their lives, together.

Watching the performance left fans wondering what the tuck was going on:

How did a whole team of drag queens know so little about Mariah Carey?

Why did the producers use such a monotonous dance remix of Jennifer Lopez’s “Waiting For Tonight” for what was supposed to be an epic moment?

Why haven’t Ru and the producers realized that when it comes to queens lip syncing, more is not more?

How many more acting challenges can there possible be this season?

One by one, Ru asked five of the lip syncers to rejoin the remaining queens and ultimately it was Honey Davenport who sashayed away.

In the whole lackluster spectacle of it all, Honey’s leap off the stage was the most memorable part, but it also likely did her in. We caught up with her to debrief.

When your look is too fierce for words you don’t need a lot of lines… Look by @nicolasputvinski , Photo by @j.j.images x @retoucher_ryan

A post shared by Honey Davenport (@honeydavenportofficial) on Mar 7, 2019 at 7:50pm PST

What got you into drag?

So many things! But mainly – I was a backup dancer for Peppermint for four years before starting drag.

How did you pick your drag name?

I met RuPaul at a book signing and I asked her to sign my book to the “hunties” and she misheard me and signed it “Honey” and the rest is herstory.

New York queens such as yourself have a long history of making it on to Drag Race and often going on to win the crown. What do you think it is about New York’s drag scene that cultivates such strong drag artists?

New York drag scene is so accepting and allowing in all forms of drag art. This is the city where people move to make it in Broadway, music, etc. If you can make it here you can make it anywhere. And the same thing rings true for drag.

It seemed like Ru made it very obvious in the Werk Room that the Mariah Carey idea wasn’t working for your team. What made you all go ahead with it anyway?

The team didn’t want to go back and think of another diva.

Who is your all-time favorite diva?

I have a ton! But I would have to say Janelle Monáe.

We love Janelle. What is it about her that connects with you?

She creates music that is not just great but it has a message and is important. It’s so inspiring to create music about what your life might be like to make someone else’s greater. She inspires me in a way that no one else has before.

As a queer person and a person of color, I think it is important to always ask myself how many women are on my team. Representation is important. Whatcha Fighting for? #honeywarrior . . . Link to my single warrior in bio Photo by @prestonburford Look by @blackandwhitestriped

You mentioned that your fringe Main Stage look represented all those you lost to gun violence. Would you like to talk about that in greater length?

Yes – it was inspired by Beyonce’s “Formation” and Lady Gaga’s “Angel Down.” “Angel Down” is a song she made about what happened to Trayvon Martin. Every runway I planned was not just a pretty dress, these were all social commentary. All pieces that I wanted the world to see.

I am planning on using all of my runway looks and EP and am going to release 30-second videos of the looks with songs and interludes from my visual EP. It will describe these looks and talk about the state of the world and what we can do to change it.

Keep us posted on those! What was the most difficult part of the 6-way Lip Sync For Your Life?

When she said I lost.

That’s real. Who were you planning on doing for Snatch Game and how were you going to bring that character to life?

Santa Claus. Hopefully I bring it to life on an episode of All-Stars!!

Was there anything you weren’t able to show that you wish you could have during your time in the competition?

Just my platform. My drag is not just about being fierce, funny, or pretty. It is truly at its heart about addressing the state of the world and asking how we can change it. I don’t think I really did that. It’s not a regret I harbor with shame because now I have that opportunity.

Rashad Sultana is a skin care obsessed Aries who loves to slay a gender-bending lewk. Follow him on Instagram @knifethin.