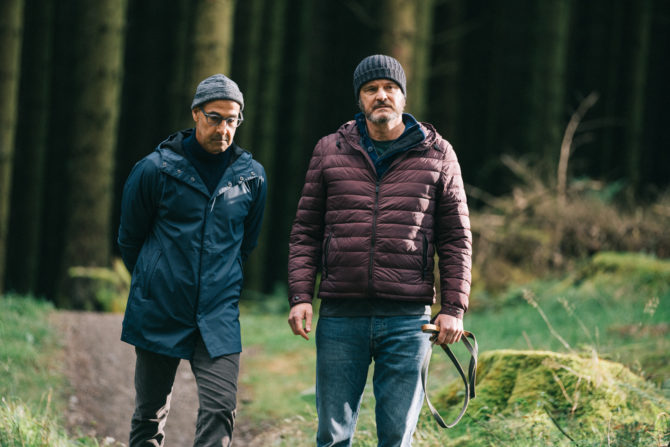 Film distributors in Russia have attempted to censor the gay romance Supernova by removing scenes of two men having sex, and scrubbing the film of references to the two leads being a gay couple.

The Moscow Times reports that DTF–a series of Russian blogs–documented that “at least one scene where the characters try to have sex after a dramatic dialogue has disappeared from the story.” The paper further reports that DTF commentators said the gay relationship is still obvious, even with the edits.

Apparently, the distributor for the film in Russia, World Pictures, imposed the edits without the input of the filmmakers. They feared that Russia’s harsh anti-gay propaganda laws could open up the company to government oppression. Further reports state that World Pictures had also instructed critics not to make any reference to the leads–played by Colin Firth and Stanley Tucci–as couple, or to use the word “gay” in reviews.

In a delightful twist, however, attempts to censor the film have also backfired. Critics commented that removing overt references to the couple’s sexuality actually makes the film even more touching.

“Now the ‘Russian’ version of Supernova even more clearly shows the huge social gap between us and the conventional West,” critic Yefim Gugnin wrote in his review. “The distributors, unwittingly, made this love story even more poignant, even thinner, removed it into a subtext, which, as you know, is stronger than any open text.”

In recent years, Russia has launched a harsh–and at times, violent–campaign against what the nation deems “homosexual propaganda.” LGBTQ activists in the country and surrounding nations are subject to intimidation, torture and death. As such, a number of western films dealing with homosexuality have also undergone heavy censorship, including Rocketman, Onward and Avengers: Endgame.