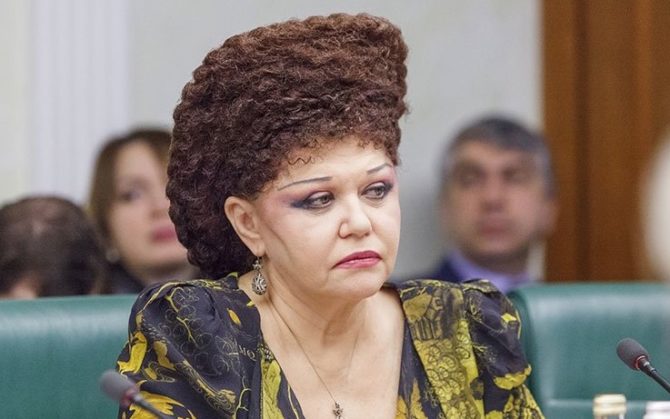 Russia continues to dominate the news cycle in the U.S., but now that the world has experienced Valentina Petrenko’s physics-defying hairstyle, we’re afraid things really may never be the same.

Petrenko is a Russian senator who drew national attention when she negotiated with four kidnappers to release child hostages in Rostov-on-Don in 1993.

Social media has been buzzing about her this week for a much different reason.

Not in a meanspirited way, but more a “How is this even possible?”, “Was my coffee laced with something?”, “Is life really but a dream?” sort of tone.

valentina petrenko is so perfect, so cinematic, i can't take it pic.twitter.com/ZQX3OlTGGN

In 2015, she was asked about her signature locks in an interview with Echo of Moscow.

I’m so tired of answering these questions. I just have curly hair. I lift it upwards with some hair pins, that is all.

Well, that settles that.