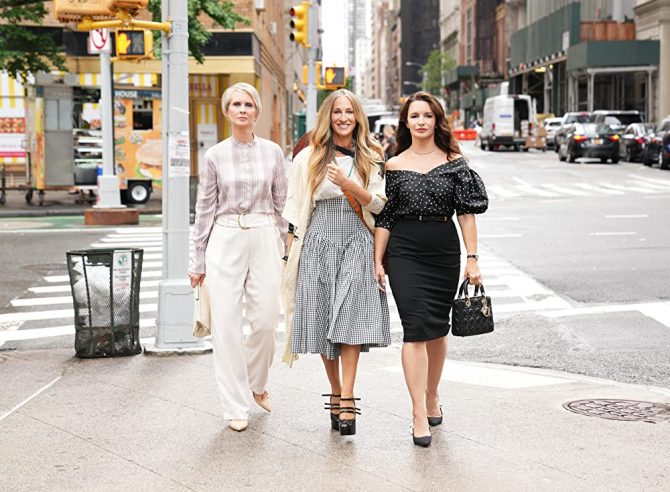 Actress and style icon Sarah Jessica Parker has reached out to fans with a special look behind the scenes of the Sex and the City revival, And Just Like That.

In a special message posted to YouTube, Parker shared her excitement at reuniting with most of the cast of the original series, and offered a few brief glimpses at the return of Charlotte, Miranda and Carrie. Parker also offered an updated release date for the show: December 2021.

The brief shots of the returning Sex and the City ladies show Carrie, Miranda, and Charlotte hobnobbing about New York City in their characteristic high-fashion clothes and laughing together off set. Of course, the footage doesn’t give any real plot points away, as details on the show remain under tight security.

What we do know: the show picks up around 20 years after the events of the original series, finding the three Sex and the City ladies in vastly different points in their lives. The show sees the return of fellow cast members Chris Noth, Mario Cantone, David Eigenberg, Evan Handler, and the late Willie Garson as well. Garson died suddenly during filming of the season, making his work in And Just Like That his final performance. Actors Sarah Rimerez and Sarita Choudhury will also join the cast as two new, pivotal characters.

Actress Kim Cattrall, who played the popular character, Samantha, on the show, will not return for the new series. Though rumor has it one major character will get killed off in the pilot episode, scuttlebutt says it is not the character of Samantha, as producers hope to coax Cattrall back to the show in additional seasons.

The first season of And Just Like That runs 10 episodes, and lands on HBO Max in December.