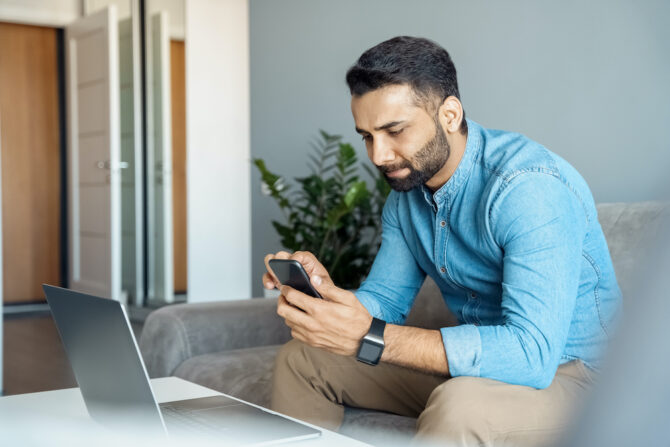 Some gays would be thrilled to match with a smokeshow on a dating app, but not the Reddit user who revealed earlier this month that excessive hotness is actually a turn-off. “Sometimes I’ll be on dating apps (Grindr, Tinder, Hinge) and I’ll swipe left or not reply to a guy because they’re too hot,” he wrote in a January 6 post. “Anyone do the same?”

The guy said that he’s “reasonably attractive,” and since “obviously, we all make the best of ourselves on dating apps,” he’ll get the occasional outreach from a “really hot” potential match. “And quite often I don’t get back to them, even if I think they’re stunning,” he added.

By this guy’s estimation, the rationales behind this left-swiping habit of his are fourfold: “Sometimes, they’re so hot, I just presume they’re a catfish. Sometimes, I think they’re out of my league and don’t fancy getting rejected in person. Sometimes, especially on serious dating apps, I wonder if I’d want to be with someone who’s objectively hotter than me. And sometimes, on Grindr, I just can’t be bothered hooking up with someone really hot. It means I’ve got to make a massive effort, and I’d rather keep it low-key.”

Related: 10 easy ways to get the best experience out of dating apps

As of the time of this writing, the post is 96% upvoted, with 118 comments, many of which come from like-minded fellows.

“+1 to the catfishing,” one commenter wrote. “There’s no way a dude that hot lives here, LMAO.”

“Even if they aren’t catfishes (which they often are), I’m just not attracted to near-perfect-looking people,” said another Reddit user. “I like regular-looking guys, I like characters, I like personalities, I like guys with interesting features. [I] may be generalizing a bit, but a lot of exceptionally good-looking guys tend to know it and have the attitude to match, which I’m just not into.”

A third user wrote: “For me, I’m not impressed by the hottest guys with the gym bod! I like regular-looking, guy-next-door types!”

Related: What’s it like to be an “average looking” gay man?

And someone else said, “There are hot guys I swipe left on because they’re clearly too aware of their looks or present themselves like narcissistic Instagays.”

One dissenting vote, however, came from a Redditor who told the other r/askgaybros users that he had an “amazing romance” with a gorgeous guy who seemed like a “total narcissistic Instagay” on Tinder. “My main point here is that you never know who will be attracted to you, and not everyone that portrays themselves as a stuck-up Insta-model is actually like that in real life,” he wrote. “Take the chance and swipe right/talk to the guy. You never know—at the very least, you could end up smashing an absolute 10 for a few months, like me.”

Another commenter also swipes right on hot guys. “I always believe I can get the person I want,” that person wrote. “Doesn’t always work out. Some of the hottest are the worst people and shitty in bed. Regular, handsome, honest, humble [men] who [don’t] think they are perfect is best for me.”

And when he noticed his post was sparking a lively conversation online, the original Redditor shared “really cool” words of wisdom he found on New Yorker writer Helen Rosner’s Twitter page: “Sure, everyone’s body is beautiful, but a much more liberating realization is that, also, everyone’s body is disgusting.”