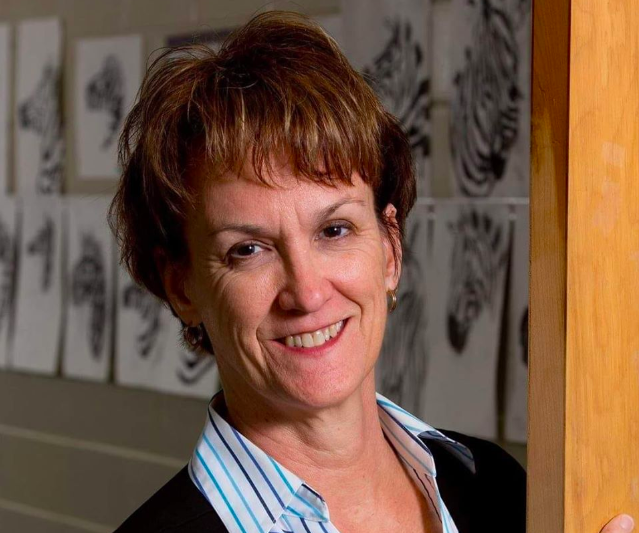 Meet Ann Ennis. She’s a school board member from Evansville, Indiana who doesn’t give AF about preventing trans students from committing suicide.

At an Evansville-Vanderburgh County School Corporation meeting last week, a group brought up the needs of LGBTQ students.

According to Trevor Project’s National Survey on LGBTQ Youth Mental Health, more than half of trans and non-binary young people have seriously contemplated suicide.

When members from the Tri-State Alliance, an LGBTQ organization that serves communities in southeastern Illinois, southwestern Indiana, and western Kentucky, brought this up and asked for greater protections for queer students, Ennis said no additional protections were being considered.

In a video posted to the group’s Facebook page, Tri-State Alliance President Wally Paynter can be heard calling out Ennis for being transphobic.

She replies by making an animated gesture as though she’s playing a violin then says, “Cry me a river!”

“Oh, cry us a river about the kids that have died?” one person pushes back. To which Ennis offers no response other than storming out the door.

Evansville is about three hours southwest of Indianapolis. Currently, the district bans discrimination on the basis of sexual orientation, but not on gender identity.

Current policy also requires students to use the bathroom corresponding with the gender they were assigned at birth. In June, a judge ruled that the district had violated a trans student’s rights by preventing him from using the boys’ bathroom and disciplining him if he tried.

Since the video went viral, a Change.org petition has begun circulating calling for her to be removed from the board.