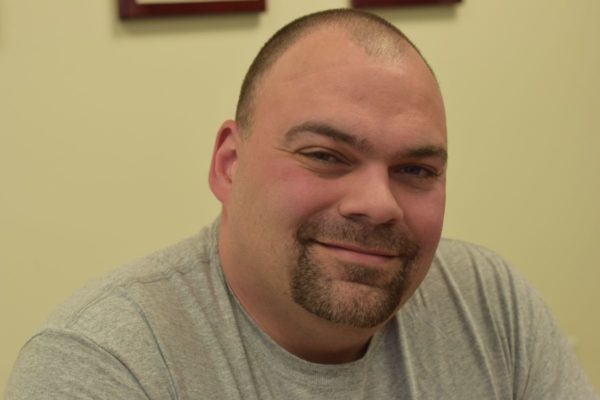 A defiant member of the local school board in Stonington, Maine is refusing to resign after posting vile homophobic comments to Facebook, claiming he is the real victim here.

William Shepard was elected to the Deer Isle-Stonington School Board last year, beating his opponent by a whopping one vote. (Yes, one vote.)

In June, he took to Facebook to trash Pride month for being against his deeply held Christian beliefs and to call same-sex marriage a “rape of the natural world,” whatever the hell that means.

More than 150 parents called on him to resign for violating the school board’s policy requiring “ethical and responsible behavior” by engaging in cyberbullying, but at a meeting Tuesday night, 39-year-old Shepard said there’s no way in hell that’s ever gonna happen.

“I respectfully decline your request,” he declared. “I will not ever apologize for my Biblical convictions!”

Then he offered one of those non-apologies where he said he was sorry to anyone who was offended by his comparison of LGBTQ equality to rape, before totally flipping the script and playing the victim, saying he’s received death threats because of his homophobic remarks.

“I am in shock of the hatefulness shown to me and my family,” he whined.

Local pastor Dwight Dean spoke in support of Shepard at Tuesday’s meeting, saying he’s allowed to have “strong opinions” and that in order to achieve true equality all voices must be heard, including the ones speaking out against equality.

“What happens to diversity when only one viewpoint can be presented?” Dean said.

Shepard’s was elected to a three-year term in 2020. According to local officials, there is no way to remove him from office so he would have to resign voluntarily.