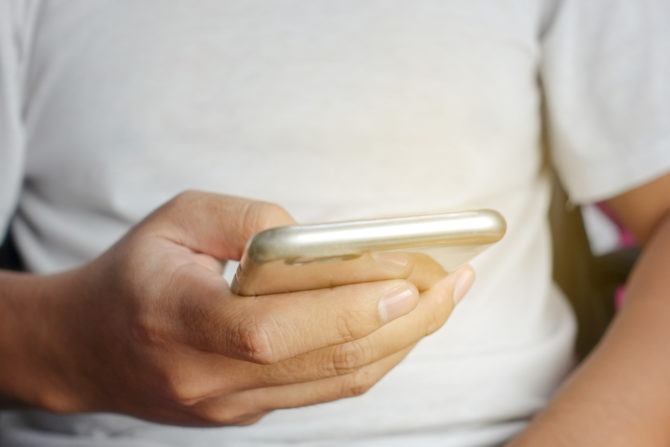 A former college administrator from Washington University in St. Louis has been accused of sexually harassing male students on Grindr.

According to the school’s newspaper, David Stetter allegedly used the app to send raunchy texts and photos of himself to multiple students while he was employed by the University as assistant director of fraternity and sorority life.

Stetter, who abruptly left his position back in June, purportedly asked one student to send him naked pictures of himself. Other exchanges show Stetter acknowledging that he knew that he was chatting with Washington University students, asking one young man, “you in a frat @ wash u?”

At least one student has filed a complaint against Stetter under Title IX, which protects students from sexual harassment at the hands of school employees, students, or third parties. The complaint was recorded and the student was referred to the school’s Relationship and Sexual Violent Prevention Center for additional support.

Sexual harassment is a form of discrimination that violates university policy and will not be tolerated. It is also illegal under state and federal law. Title IX of the Education Amendments of 1972 prohibits discrimination based on sex (including sexual harassment and sexual violence) in the university’s educational programs and activities. Title IX also prohibits retaliation for asserting claims of sex discrimination. The university has designated the Title IX Coordinator identified below to coordinate its compliance with and response to inquiries concerning Title IX.

Two weeks ago, Rob Wild, associate vice chancellor for students, said Stetter’s departure was  not related to the Title IX complaint against him, but he would not elaborate further on the matter.

School officials declined to comment on the story other than to say “the University does not condone sexual harassment of any kind.”