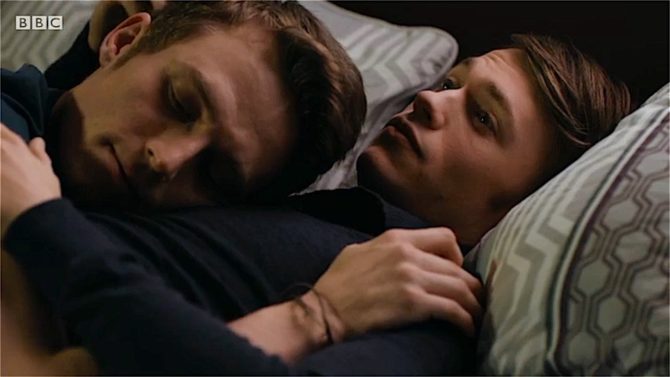 The network that brought us the sexy, queer spy thriller London Spy does it again, this time giving science fiction some welcome gayness. Class, which debuted in the UK late last year, has arrived stateside.

A spinoff of the sci-fi staple Doctor Who, Class revolves around the Coal Hill Academy, a proper British high school. Doctor Who followed the titular character as he time travels around the universe fighting off various alien species and averting disaster. Two aliens from a previous adventure have settled at Coal Hill: one, a former alien prince, has assumed the form of a teenage student, while the other, his alien bodyguard, has become the resident physics teacher. Together, they align with the Doctor and several other students to defend the school from a barrage of alien attacks. 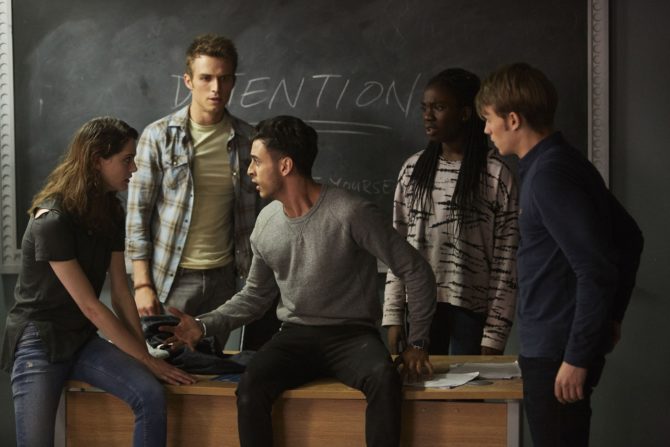 What sets Class apart from other sci-fi series, including Doctor Who and its other spin-offs, is the matter-of-fact way it treats its primary protagonist, Charlie (actor Greg Austin), the alien prince, as a queer hero. The show makes no special point about Charlie’s sexuality, even after he begins dating Matteusz (Jordan Renzo), a super-cute Polish ex-patriot. Together, the two make an irresistibly attractive couple, and given the show some emotional stakes for its characters.

Though the show doesn’t become overwrought dealing with “Issues,” Charlie and Matteusz face their own share of homophobia, and the series treats their relationship with tenderness and respect. The two make one of the best same-sex couple on television, even if their romance gets overshadowed by intergalactic craziness and some goofy special effects.

In short, Class again testifies to the advances made by the Brits, specifically at the BBC, in inclusion of realistic queer characters. While American TV has made plenty of fine advancement on its own, it still races to catch up with shows like Class, which feature layered, thoughtful queer heroes and some rollicking for them to have.

Class airs Saturday evenings on BBC America. Check out the trailer below. 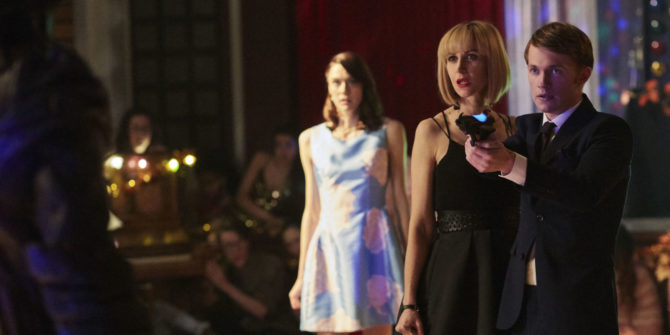 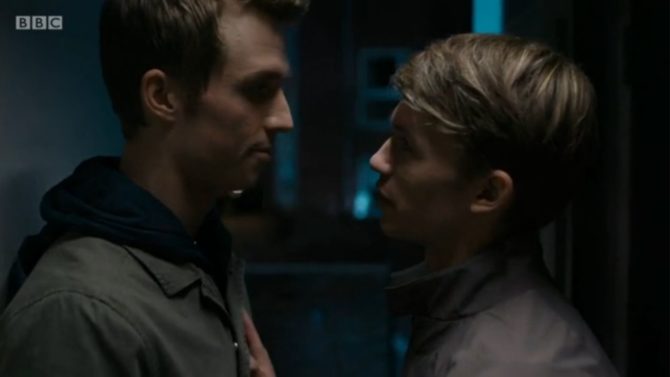