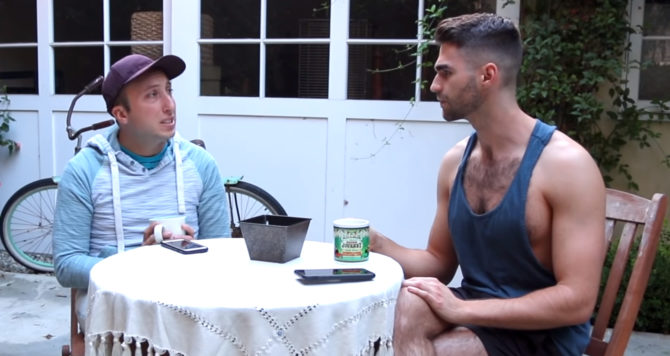 Comedian Michael Henry has returned with a new YouTube video about “pretty privilege.” The result might invite as many shudders as laughs.

In the vid, Henry has tea with a friend–a young, handsome, in-shape man. Henry’s friend begins to chatter about “pretty privilege,” the condition “when you have a really great face, a full head of hair, sexy eyebrows, tight ass, quarter-sized nipples, 8-inch penis. They’re the traits that gay men unanimously like.”

Henry quips that he’s not sure he likes all those things, but the friend goes on to talk about how he routinely gets jobs, money, gifts, dates and invitations to sex parties that make life so hard. Henry, meanwhile, sips his tea.

His point comes through loud and clear: good looking people have it easier. It may seem as though Henry wants to criticize the LGBTQ community, though the powers of “pretty privilege” extend far beyond the boundaries of the gayborhood. After all, at 26, Hope Hicks went from a low-level position working for Ivanka Trump to White House Communications Director “because she’s pretty.”