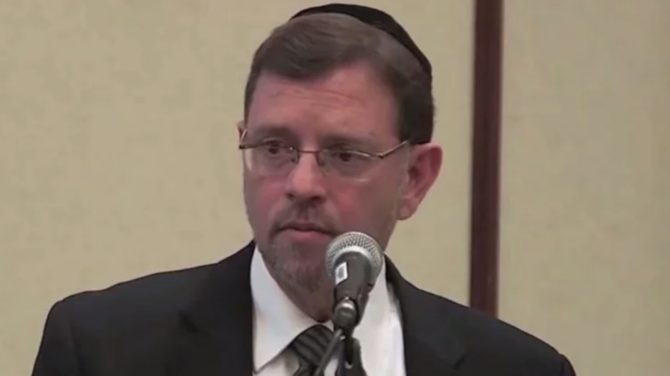 Norman Goldwasser is the clinical director of Horizon Psychological Servies in Miami Beach, Florida. Until very recently he was also an active member of gay hookup sites Manhunt and Gay Bear Nation, going by the screen name “Hotnhairy72.”

These two identities shouldn’t contradict one another but for the not-so-insignificant fact that Goldwasser has built a career peddling a particularly poisonous brand of snake oil that purports to “cure” gay people of their same-sex attraction. 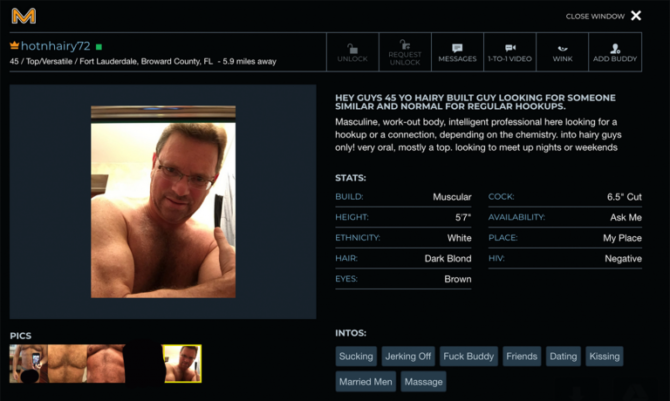 Wayne Besen, founder and executive director of LGBTQ nonprofit Truth Wins Out, was tipped off to Goldwasser’s hookup profiles, where Goldwasser went by the pseudonym ‘Dave’, and engaged with him via Manhunt through a fake account Besen set up and called ‘Brandon’.

According to Besen, Goldwasser offered to meet ‘Brandon’ for sex at a Fort Lauderdale hotel room. Besen eventually revealed his hand to Goldwasser, explaining that there is no ‘Brandon’ and confronting Goldwasser about his history of harming LGBTQ people through discredited “therapy”. 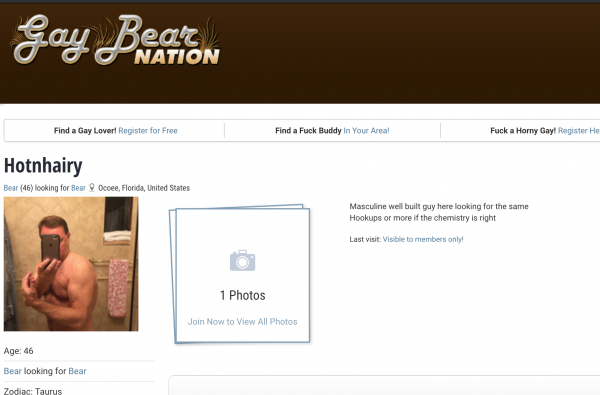 Besen says Goldwasser initially denied it was him.

“I promptly texted the Manhunt screenshot,” Besen told NBC News. “He then called me and confessed, begging for mercy.”

Besen posted in a blog post that Truth Wins Out “does not engage in the outing of people participating in ex-gay programs unless there is overwhelming hypocrisy, exchange of commerce, and the threat of harm to LGBT youth.”

“Norman Goldwasser’s double life of unconscionable lies highlights the rank hypocrisy and predatory nature of the fraudulent ‘ex-gay’ industry. We urge every state to ban the scourge of conversion therapy that attacks the mental health of LGBT youth and puts them in harms way.”

In an emailed statement to NBC News, Goldwasser seemed to refer to his hookup pursuits as “sexual addiction” and said he is seeking help:

“The fact that this story and others have been brought to the public is incredibly painful but will become a catalyst for me seeking the right help for myself. It is sad that despite the fact that I have been able to help many people over the years who have suffered from the effects of child sexual abuse and sexual addiction, I obviously was unable to help myself. There is no justification for my personal behavior and I deeply regret the pain I have caused people in my personal life.”

14 states and Washington, D.C. have passed laws banning conversion therapy practices on minors, though some groups have skirted the laws on religious grounds.

The Williams Institute at UCLA School of Law approximates that 700,000 LGBTQ adults have received conversion therapy, about half of which took place during adolescence.