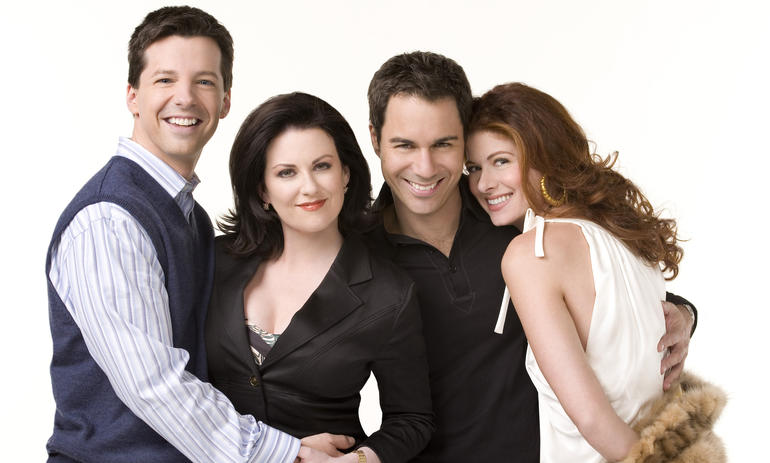 Sean Hayes has grown understandably weary with all this talk that his character Jack was simply “too gay” during the first run of NBC’s soon-to-return Will & Grace.

The actor has been accused of playing a gay stereotype: unapologetically camp, unerringly flamboyant, and really rather biting.

A recent New York Times interview asked Hayes to respond to those critics who are “miffed” that “feminine Jack is a stereotype”:

“I am a gay guy, and I act like Jack in real life sometimes.

“So what? I find Jack’s level of gay to be a ridiculous subject to discuss. How can you be too gay?”

Related: Should Sean Hayes Have Come Out Sooner? Sean Hayes Thinks So.

Megan Mullally reveals she wanted to do a full season ever since they produced that election special last fall:

“I always thought about the four of us as being like an orchestra and each of us playing a different instrument and creating a musical together. Comedy is music. Once we started playing the music again, it was like, ‘Oh, I know how this song goes.’”

Max Mutchnick, the show’s creator, says, “It was amazing.”

“We gave them a date and brought everybody back together. Everybody pretty much to a person, say for about three people, they showed up. We had everybody from the pilot do this. It was incredible. In front of and behind the camera, we had every single member.”

“I was sitting on the couch in my house reading the script,” Mullally tells Entertainment Weekly, “and then I emailed Max and I said, ‘Why can’t we do this show again?’ And he emailed right back saying ‘We can!'”

“Will & Grace” returns September 28 for 12 episodes, including an hour-long Christmas special.