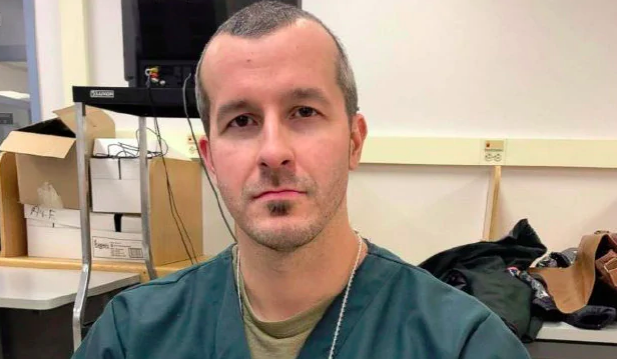 In November, he pleaded guilty to nine criminal counts–including murder, the unlawful termination of a pregnancy, and tampering with a dead body.

Shortly after Watts was arrested, Trent Bolte, a 29-year-old man from Wyoming, came forward to say he had a romantic relationship with Watts that lasted almost a year.

Bolte first spoke anonymously with HLN host Ashleigh Banfield, alleging that he met Watts on the dating app MeetMe and engaged in an “instant” connection.

“He reached out to me and messaged me,” he told Banfield. “It was small talk. He told me his age. He had two daughters. … I asked why his profile said straight. He said he was not out and not ready to be out as far as sexuality.”

Related: Man claiming to be secret lover of accused wife killer Chris Watts: “He was attracted to me as a male”

In January, Bolte identified himself publicly in an interview with Inside Edition, where he elaborated on the alleged 10-month love affair.

“He said he didn’t know if he was bisexual or gay,” Bolte told Inside Edition.

“Chris said that he was in love with me. He said he had never been so comfortable with someone. He said he felt like he could actually be himself around me.”

Bolte also showed dozens of text messages he claims were sent to him from Watts on the app WhatsApp, including one that said “I miss your face.”

He also claimed Watts gave him money for cosmetic treatments, including Botox and lip fillers.

Now, in a jailhouse interview released this week, Watts denies Bolte’s story, calling him “some dude from Wyoming” and saying the story “blew my mind.”

Watts insists he’s never met Bolte before in his life, nor has he ever traveled to Wyoming or downloaded the app WhatsApp.

But things don’t stop there, because apparently there may be a second man who is preparing to come forward with accusations against Watts.

In the jailhouse interview, Watts revealed that his lawyer told him about another guy who claims to have had sex with Watts and who has been talking to police about it.

The man alleges to have met the killer in a rehab facility, which Watts also denies.

When asked if he’s ever had any gay experiences, any interest in men, or ever wondered about “experimenting” with men, Watts responds, “No.”

As for Bolte, he hasn’t had the easiest time since coming forward with his story.

“Social media has drug me through the dirt and back because the media getting hold of picture of me, releasing my name on record,” he says.

“The trolls of social media have called me a fudge packer, he/she/it, the f word, homo, anything you can think of but I’m trying to rise above it.”

All these messages still about #ChrisWatts….I promise that I hate me more than you do…

Watts is currently serving three consecutive life sentences and will never be eligible for parole.