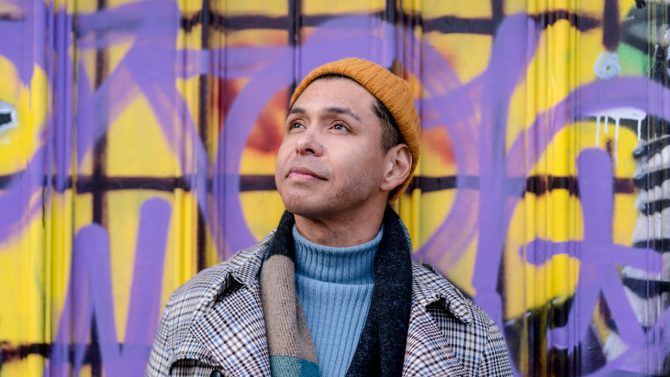 The second person in the world ever to be cured of HIV has just revealed his identity.

Until now, Adam Castillejo was simply known as “the London patient.” Last year, he made international headlines when he was declared free of HIV following a bone marrow transplant to treat blood cancer. Now, he’s ready to share his identity.

“This is a unique position to be in, a unique and very humbling position,” Castillejo tells the New York Times. “I want to be an ambassador of hope.”

40-year-old Castillejo first tested positive for HIV in 2003, at the age of 23. In 2012, he was diagnosed with stage 4 Hodgkin lymphoma. The treatment required a bone marrow, or stem cell, transplant.

Castillejo’s doctors located a donor whose stem cells had two copies of a mutation that prevented HIV from entering cells. As a result, the transplant effectively replaced Castillejo’s immune system with one that was resistant to the virus.

The story made international headlines, though Castillejo asked doctor’s to keep his identity private. He remembers seeing the news after the story broke.

“I was watching TV, and it’s, like, ‘OK, they’re talking about me,’” he recalls to the Times. “It was very strange, a very weird place to be.”

Only one other person in the world, Timothy Ray Brown, a.k.a. “the Berlin Patient,” has ever been cured of HIV, though there have been many failed attempts over the years.  Because of this, Castillejo’s doctors initially hesitated from using the word “cure” and instead called it a “remission.”

Today, they feel much more confident.

“We think this is a cure now, because it’s been another year and we’ve done a few more tests,” says Dr. Ravindra Gupta, Castillejo’s virologist from the University of Cambridge.

Castillejo doesn’t take his story for granted. Especially since people living with HIV are often not good candidates for cell transplants because the procedure is invasion and carries serious risks.

“I don’t want people to think, ‘Oh, you’ve been chosen,’” he says. “No, it just happened. I was in the right place, probably at the right time, when it happened.”

“Eventually when my case becomes more wildly available to the HIV community,” he tweeted last month. “Hopefully this allows to have a more achievable cure in the future.”

Eventually when my case becomes more wildly available to the HIV community, hopefully this allows to have a more achievable cure in the future.@londonpatient #hivcure https://t.co/ytb3xaJy6z