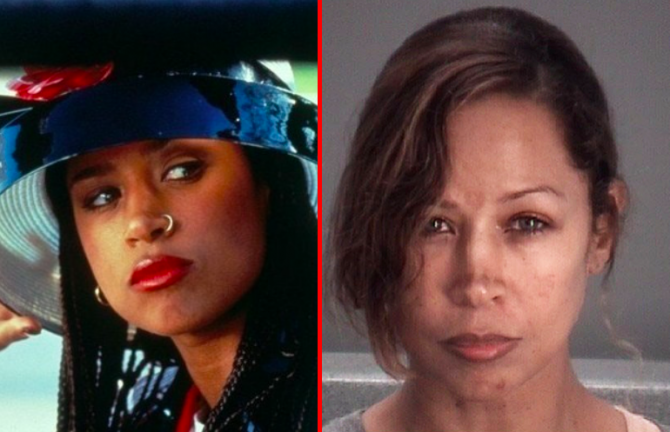 In case you haven’t heard, professional homophobe Stacey Dash was arrested in Florida on a domestic battery charge over the weekend.

The 52-year-old failed actress and Trump devotee was taken into custody on Sunday by the Pasco Sheriff’s Office in Land O’ Lakes, just outside of Tampa, after she violently attacked her fourth husband, Jeffrey Marty, who she married last year.

Listen to the dramatic 911 call HERE.

Now, body cam footage has been released showing Dash making small talk with her arresting officer as she is led away in handcuffs.

“I’m an actress,” Dash tells the officer. “I did a film called Clueless.”

To which the officer, feigning interest, responds, “OK.”

Later, Dash says, “I did politics for a while. I was a FOX News contributor.”

To which the officer, still not impressed, replies, “Oh, OK. That’s pretty cool.”

During her time “in politics,” Dash regularly made offensive remarks about the LGBTQ community, including calling being LGBTQ a choice and suggesting trans people pee in the bushes rather than use public restrooms.

“Go in the bushes,” she famously quipped to Entertainment Tonight in 2016. “I don’t know what to tell you, but I’m not gonna put my child’s life at risk because you want to change a law.”

Also in 2016, she blamed the Pulse massacre on Barack Obama. She was eventually let go from her gig at FOX News after she threw a profanity-laden temper tantrum on live TV.

The Twitter response to her arrest has been pretty unified…

For once I don't regret finding out why Stacey Dash is trending.

The news is coming too fast and I'm getting confused, so let me get this straight…

Stacey Dash beat up Rudy Giuliani at a Civil War picnic hosted by Jeff Flake in Australia all because Chris Collins resigned?

Stacey Dash breat up her husband my God what has gotten into these MAGA supporters pic.twitter.com/I0JEZ4mCep

Today, Dash filed legal papers claiming she is indigent, meaning she can’t afford a private lawyer so she’s asking for a public defender to handle her case.