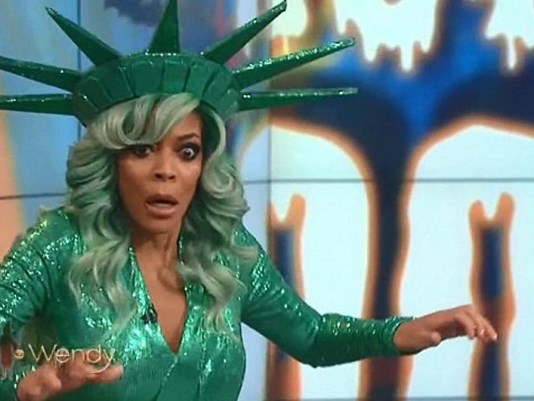 Towards the end of her Halloween special on Tuesday, Wendy Williams appeared to lose consciousness during the broadcast.

The host, who has something of a complicated relationship with the LGBTQ community, was dressed as the Statue of Liberty and speaking into the camera when her eyes suddenly grew big and she began to wobble.

Then she stumbled backward before dropping to the ground.

After that, the camera went to black.

A lengthy commercial break followed. For a moment, it seemed like the show was returning, but after the audience was filmed clapping, producers sent the broadcast back to another commercial break.

When she finally came back on the air to announce the winners of a costume contest, Williams appeared to be struggling.

It’s been reported that an ambulance arrived at the studio moments after the incident.

#WendyWilliams faints on live tv. We hope she is 100% okay. @TMZ pic.twitter.com/6vtFc0nXtq