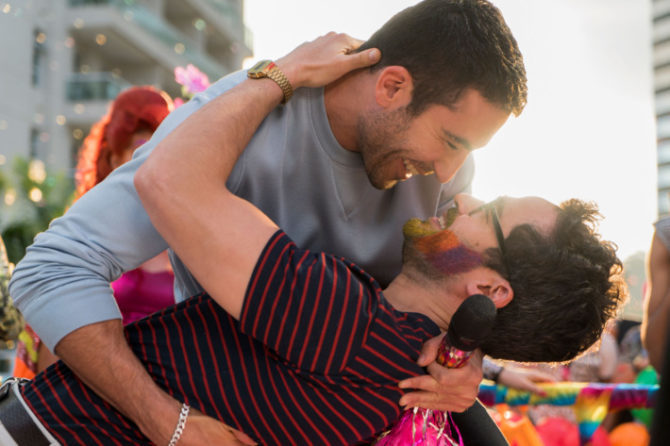 Sometimes, only at the end, does a story come into focus.

Netflix’s Sense8 concludes its series-long arc June 8 with a two-and-a-half-hour wrap up that ties off the many lingering threads from the series’ two season run.

As created by transgender filmmakers The Wachowskis (The Matrix) and sci-fi lion J. Michael Strazynski (Babylon 5), Sense8 was to have five seasons by design. Sense8 found an immediate following, and won praise for its stunning diversity of characters, in particular, several LGBTQers: the transgender Nomi, her girlfriend Amanita, the closeted Lito and his boyfriend Hernando. The size of the show’s fanbase, however enthusiastic, couldn’t warrant the show’s gargantuan price tag.

Netflix axed the series after the premiere of Season 2, only to bring the show back for a wrap-up movie after vocal fan outcry.

Fans of the series may not have saved it from cancellation, but an unexpected social media campaign convinced Netflix to bring the show back for a final curtain. It also helps make the show’s story arc clear: the transgender sisters Wachowski have created a metaphor for their own coming out and transition that will look and sound familiar.

More impressively though, it goes a step further: the finale reveals that Sense8 isn’t so much about LGBTQ characters as it is a metaphor for the life of a queer person. 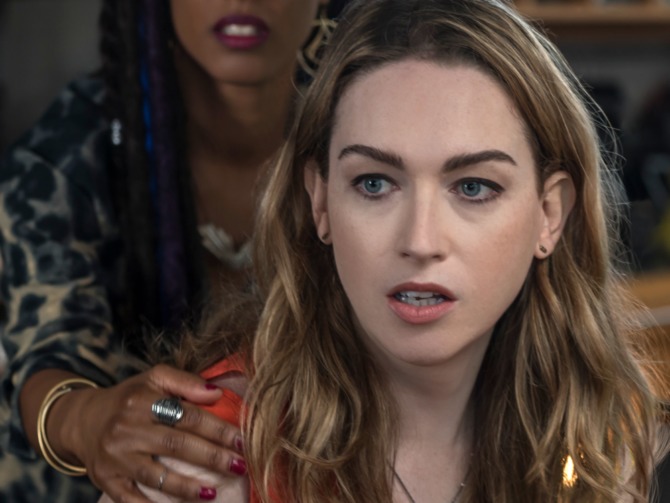 Much like queer people, the sensate clusters (groups of eight with a psychic link) connect via the mind, something akin to finding one another on a smartphone or the internet. Coming out as a psychic inspires all kinds of crazy reactions—friends believe they’ve lost their minds, or just happen to need a lot of attention. Yet as the bond between the sensate cluster solidifies, non-sensates (call them allies) come to trust their psychic friends and aid them in their plight. Along the way, the newborn cluster encounters others like themselves spread all over the world. They also find villains in other sensates bent on using their abilities to dominate the world. 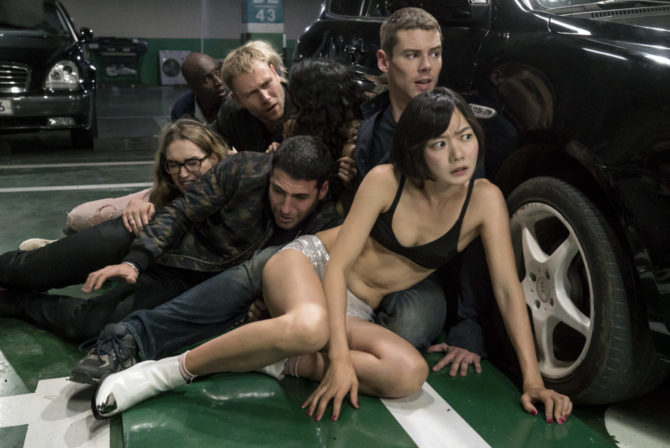 The nature of villains always reveals a great deal about the true theme of a story, and the baddies of Sense8 reinforce the rule. Though a sensate himself, the sadistic scientist Whispers revels in the torture of his own kind, simultaneously indulging his own self-loathing and self-aggrandizement, much in the same way preachers and “conversion” experts do the same to queer folks.

The sinister Lila, like some wealthy LGBTQ elites over the years, cares nothing for her own people, only for her own luxury. Names like Roy Cohn come to mind: men who shamed others like themselves in the name of power and wealth. Much as in the real world, the senseates and their allies come together as a community to protect themselves, and in so doing, discover an abiding love for one another—the real weapon against, as one character puts it, those who “mistake cruelty for strength.” 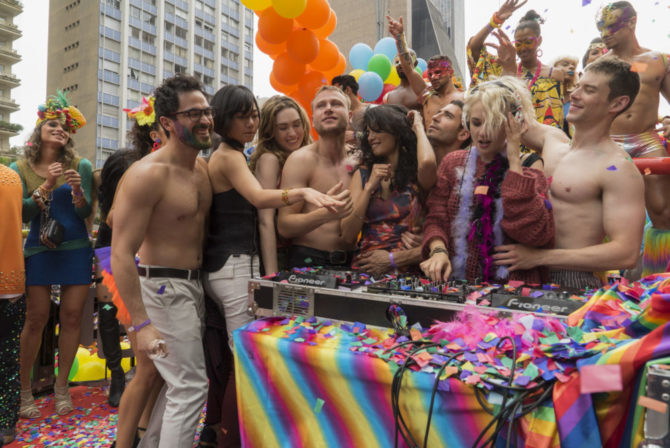 Sense8 has raised some eyebrows since it debuted over the show’s graphic and prolonged scenes of pansexual orgies, and in that regard, the finale is consistent with the rest of the show. But even what seemed gratuitous now takes on a profundity in final context. The bond of the sensates allows them to feel, know and experience anything another linked mind feels. Thus, scenes that seemed like softcore suddenly reveal a new meaning as well: when a person can experience intimacy as anyone else, our crude understandings of race, gender and sexuality begin to dissolve, and a deeper understanding of human connection comes into view.

Real connection in life comes not from the physical, but from the emotional. Love, joy, pain, sorrow—they connect humanity in a way our bodies and words never can. Queer people have long known as much. By challenging conventional ideas about gender and sexuality, the world has come to a new understanding of how love unites us. Sense8 knows as much, even if it keeps the message hidden.