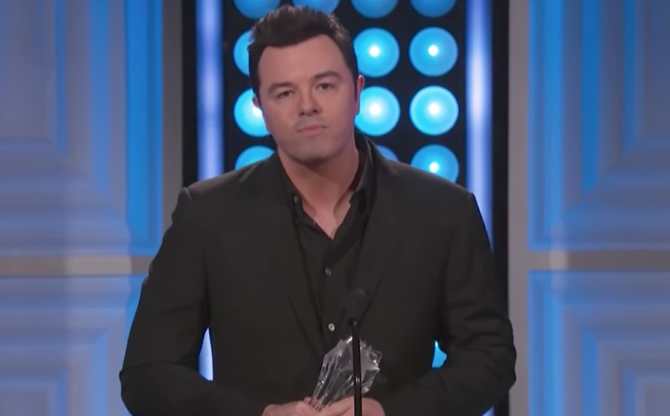 Seth MacFarlane is by all measures an intelligent man. But a genius? That might be pushing it.

Nevertheless, the creator of Family Guy and American Dad was awarded the Louis XIII Genius Award at the fifth annual Critics’ Choice TV Awards, and the humor of the situation was not lost on him. Now the video is recirculating and it’s totally worth another visit.

MacFarlane took it one step further, using his acceptance speech to throw some shade at the very network that was airing the show, A&E.

“The word ‘genius’ gets thrown around a lot, which is good, because otherwise I probably wouldn’t be getting this,” he began.

“Let’s not forget I’m being declared a genius on a network that airs ‘Duck Dynasty,’ a show whose cast members believe hurricanes are created by gay marriage,” MacFarlane continued. “I wish I was joking.”

Watch the burn below: