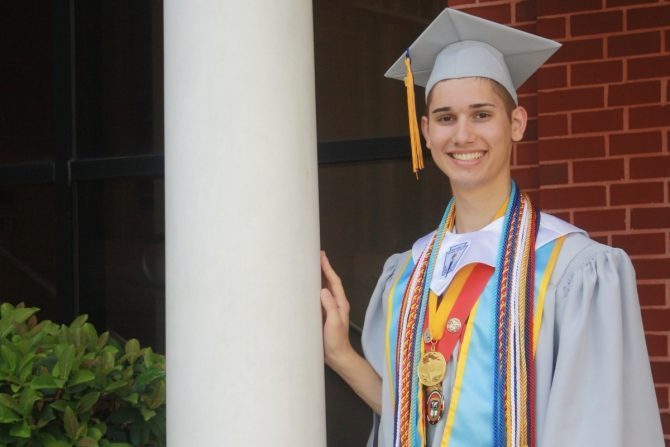 Who he is: Youth ambassador for the Human Rights Campaign and president at Unbroken Horizons Scholarship Foundation, Inc.

How he’s made a difference: After being disowned by parents and having his college fund yanked for coming out, the 18-year-old high school valedictorian from Florida still found a way to make his academic dreams a reality.

Owen scraped together the money needed to attend Georgetown University in Washington, D.C., through a combination of financial aid, GoFundMe donations, and $25,000 from Ellen DeGeneres. That was impressive enough. But once he got there, he landed an internship with Rep. Stephanie Murphy’s (D-FL) and began an internship with the Human Rights Campaign. It was not long before he realized that even as his parents rejected him, he could choose his own queer family for the support he needs to succeed and be happy.

Honey, I had a blast. The Time to Thrive 2019 conference was amazing. I met a ton of great people and expanded my chosen fam. Love you folks ???

Why we’re proud: Owens embodies the fighting spirit so many of the founders of our movement possessed. He’s smart, tenacious, and able to find creative ways of overcoming even the most difficult of obstacles. He also gives back. His battle may have started out about his own fight for college after his parents shunned him, but it ended up being about all kids who struggle with familial rejection.

houston, we have a problem
7