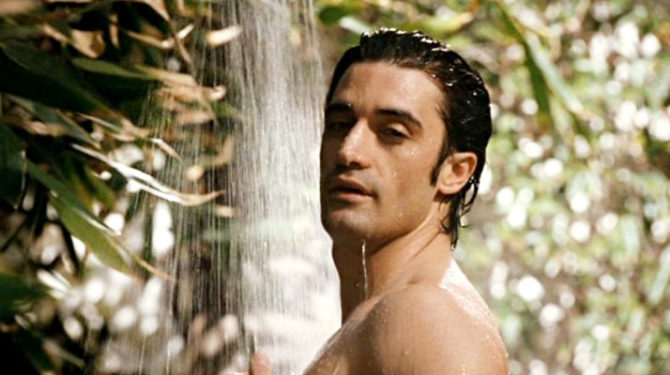 Gilles Marini, who played Samantha Jones’ boy toy in the 2008 Sex and the City film, has opened up about his experiences with Hollywood execs in the wake of the Harvey Weinstein scandal.

“I was approached by extremely powerful people,” he tells People. “I became a piece of meat for many executives in Hollywood.”

“This man doesn’t need to go to a sexual addiction [treatment],” says the 41-year-old French actor/model. “That is a joke to me. When you violate someone, the only place you need to go is jail.”

Related: Harvey Weinstein threatened this gay actor to stay in the closet

As for Harvey Weinstein, the 65-year-old movie mogul has reportedly told friends the scandal — which involves over 80 women coming forward to share their stories of his sexual harassment — will ultimately help him “change the world,” according to Page Six.

A source close to the situation says, “Harvey believes he is a savior.”

Meanwhile, publicists for the producer continue to claim that “any allegations of nonconsensual sex are unequivocally denied by Mr. Weinstein.”