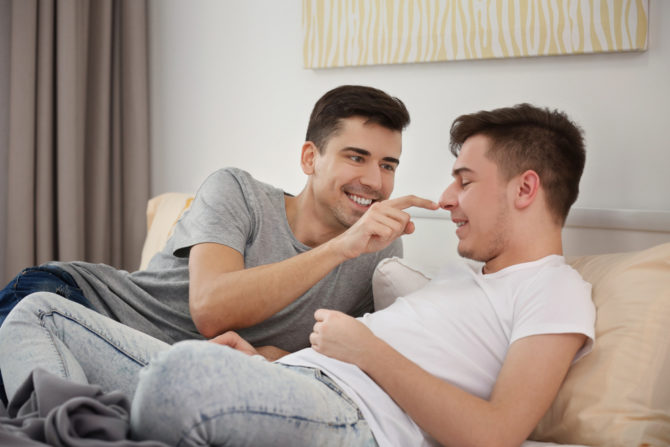 In a new study titled “From the Bedroom to the Office,” researchers claim having sex either before work helps improve a person’s job performance for 24 hours. At the same time, people who bring work home with them experience negative affects on their sex lives. So put away the cellphone, dear, and come to bed.

Over 150 couples (straight, gay and bisexual) participated in the study, which was conducted by the University of Oregon and Oregon State University. Each morning and evening for a two week period, the couples would have sex then report back on how it impacted their daily lives.

Researchers found that people who had sex before work reported more “positive moods,” which, in turn, resulted in improved workplace performance and greater job satisfaction.

“We make jokes about people having a ‘spring in their step’ but it turns out this is actually a real thing and we should pay attention to it,” says researcher Keith Leavitt. “Maintaining a healthy relationship that includes a healthy sex life will help employees stay happy and engaged in their work, which benefits the employees and the organizations they work for.”

Researchers believe the reason people experienced an uptick in their workplace performance following morning sexy time may be due to that fact that, during sex, oxytocin and other neurochemicals are released in the brain, which can help make people feel more connected to one another.

“Sex helps our bodies release a cocktail of hormones and endorphins like dopamine and oxytocin that elevates our mood, helps us relax and feel more loving with our partner,” sexologist Isiah McKimmie says. “Sex also lowers our heart rate, boosts our immune system and can help us sleep better.”