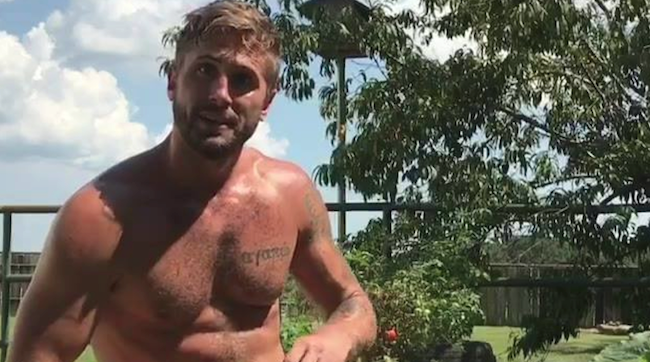 The story so far: Playing House‘s Emma (Jessica St. Clair) has — spoiler alert!— beaten her cancer, so decides to go out to cele-rage with bestie Maggie (Lennon Parham), but the car breaks down so they hitch a ride with the winner of RuPaul’s Drag Race eighth season, Bob the Drag Queen.

Dinner plans are subsequently dropped. Instead, Bob takes them to a local gay bar where they meet Katya and Jiggly Caliente, two other Drag Race alums, and this is how it all goes down:

Tomorrow on #PlayingHouseUSA, Maggie & Emma are living out their DREAM.

Senator Elizabeth Warren is speaking out against miserable rock n’ rapper Kid Rock and his announcement of a senate run,  warning Democrats to take it seriously and not dismiss it as a publicity stunt. (Remember last time we refused to take a political candidate seriously?):

“I know a lot of people are thinking: this is some sort of joke, right? Well, maybe this is all a joke — but we all thought Donald Trump was joking when he rode down the escalator at Trump Tower and announced his campaign, too. And sure, maybe this is just a marketing gimmick for a new album or tour — but we all thought Donald Trump was just promoting his reality TV show, too.”

Some heroic fan — and God bless him, or her, or they — compiled all of Kevin Keller’s gayest moments in season one of CW’s “Riverdale,” one of the best Archie-based murder mystery melodramas on TV in 2017.

If you haven’t seen the show, this collection of spliced-together clips might lure draw into the tangled web of lies, annoyingly good-looking cast members, and deliberately hokey dialogue that comprises the show:

Adult star Wesley Woods has quite the green thumb, and recently treated fans to a view of his secret garden, providing helpful tips to anyone who might want to start growing their own produce, eh? Eh?

“I know some of y’all are gonna spend your weekend lookin’ for someone to plow your garden, and that’s fine and dandy. And while I do enjoy a good eggplant myself, please believe there are plenty of other vegetables out there to nourish your needs. I find that a zucchini can be quite nice. Fills me up and it’s nourishing…”

Shortly after that, he starts making double entendres.

All vegetables are sexy! I ?? my zucchini weenie!!!

After raking in innumerable Oscars for Moonlight, Barry Jenkins already has his next project in the works: If Beale Street Could Talk, an adaptation of James Baldwin’s 1974 novel.

The book takes place in Harlem in the 1970s and follows engaged couple Fonny and Tish, who are eagerly expecting their first child.

Things get complicated when a very-pregnant Fonny must find evidence proving her fiancé is innocent after he’s accused of rape.

A dream come true! Much love to the Baldwin Estate for having faith in me and @meganeellison for building us a home ?? https://t.co/LD84pC6bc2