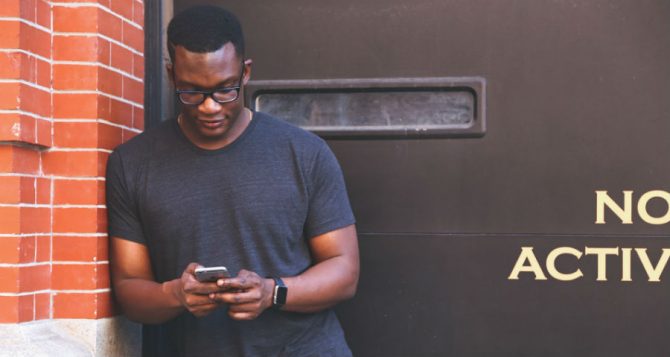 A new study has concluded what many may already suspect: experiencing sexual racism on the dating scene impacts your mental health.

The study, entitled Sexual Racism Is Associated with Lower Self-Esteem and Life Satisfaction in Men Who Have Sex with Men, was published last month in the Archives of Sexual Behaviour.

It was carried out by Dr Michael Thai from Australia’s University of Queensland.

The study surveyed over 1,000 men in Australia, approximately three-quarters of whom were white and a quarter of whom were men of color. All were recruited via Grindr.

The survey asked respondents questions about their experiences of sexual racism. These included: “How often are you rejected in the domain of sex and dating due to your race?” (answered on a sliding scale between ‘never’ and ‘always’).

They were then asked to agree or disagree with statements to measure self-esteem and life satisfaction, such as: “I feel that I am a person of worth, at least on an equal plane with others.” (again, answered on a sliding scale between ‘strongly disagree’ and ‘strongly agree’).

The findings showed that experiencing race-based discrimination in dating (e.g., being rejected due to your race) was associated with lower self-esteem and lower life satisfaction.

“It doesn’t matter if you’re a racial minority or if you’re white – when it comes to dating, being discriminated against because of your race hurts for everyone,” says Thai.

He continued, “The good thing for white men, though, is they don’t appear to experience this form of discrimination very often. Men of color, on the other hand, report experiencing it a lot more.”

Thai notes, “There is contention regarding whether discriminating between potential sexual and romantic partners based on race constitutes racism, with some considering it a form of racial bias and others maintaining that it merely reflects benign personal preference.”

He suggests that dating apps should help to promote anti-discrimination messages to tackle sexual racism and other forms of discrimination in dating (e.g., HIV stigma, femmephobia), and highlights initiatives like Grindr’s Kindr.

Launched last year, this aims to encourage users to be nicer to one another and not use exclusionary language.