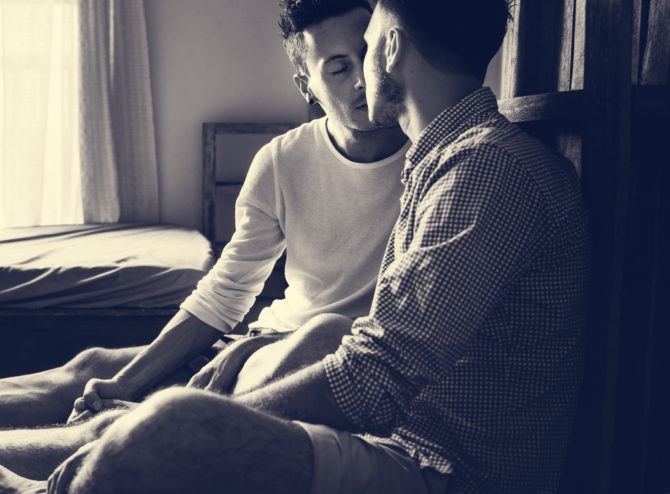 A new marketing campaign by the popular U.K. men’s grooming line Lynx asks the question: Is it OK for guys to experiment with other guys?

The answer: Of course it is! So have at it, fellas!

According to Lynx, the purpose of the #isitokforguys campaign is to open people’s minds about the restrictions labels place on people, particularly men.

“Young guys live in a world filled with labels and limits,” the company says. “In fact, over 50% of them have been told that a real man should behave a certain way. Pressure that ultimately makes bullying, depression and suicide so common among men.”

The campaign is being supported by a series of short videos which feature men answering questions about subjects like doing yoga, liking cats, wearing jewelry, and, oh yeah, hooking up with other men.

“#isitokforguys kicks off Lynx’s mission to expose the pressure guys feel to ‘be a man’ and empower them to be whoever they damn well want,” the company says. “Together with our partners, we want to fight those limitations and create a society where there is no wrong way to be a man. No labels. No limits on what men can or cannot be.”

Watch the videos below.