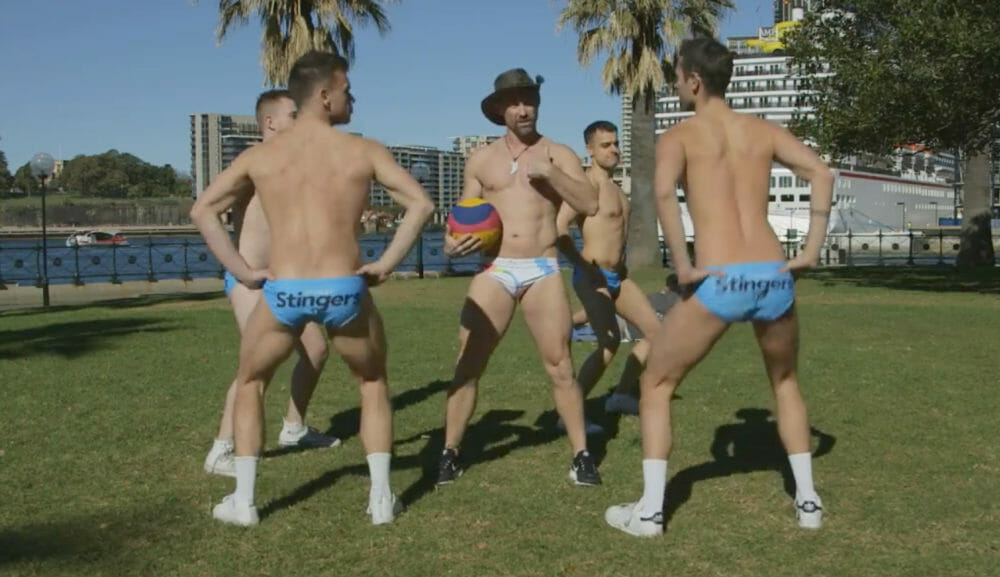 The Stingers, a team of sexy queer water polo players from Sydney, Australia, just released their own version of the hit RuPaul’s Drag Race All Stars 2 anthem “Read U, Wrote U.” They re-wrote the popular track with their own lyrics that throw some shade towards the way of their competition at the upcoming Gay Games in Paris, France.

“Hey France, how the bloody hell are ya? Stingers here from the shores of Down Under, training hard all night and all day,’ the song begins. “A to the U to the ‘stralia’, oh that’s right, our moves are going to slay ya.”

“We want to tell the Gay Games competitors and the ‘Champagne waterpolo league’ that the Stingers are coming to Paris, in full force! It’s a bit of a smackdown video, and a whole lot of fun,’ Ivan Buckingham, one of the video’s creators, told Gay Star News.

The Sydney Stingers are coming to Paris. Better watch out! {Paris 2018}

Buckingham created the video along with Stingers’ members Nathen Brown and Nicola Ghirardi. The video features both the women’s and the men’s team, and there are all types of fabulous costumes displayed in the short clip.

“We really wanted to be quintessentially Aussie so the characters are: a surfer/lifesaver, Aerobics Oz-Style, Kylie Minogue, Crocodile Dundee, and a kind of leather/cub cliche,” Buckingham adds.

From August 4th to August 12th, 2018, Paris hosts the 10th edition of the Gay Games, the world’s largest sporting, cultural and festive event open to all. Held every four years for more than 32 years, the Gay Games is expected to host 10,000 participants from over 80 countries.

One thing we know for sure is that the water polo games may be some of the most captivating, and shadiest, games to watch! We’re super excited. Are you?