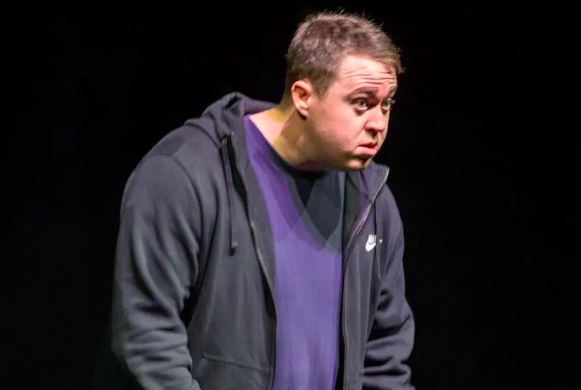 Comedian Shane Gillis’ racist and homophobic not-so-distant past has finally caught up with him.

Last week, SNL announced Gillis would be joining the cast of the show’s 45th season, which premieres September 28. Then footage of Gillis calling Chinese people “f*cking ch*nks” and speaking in a stereotypical Asian accent, and bashing “white f*ggot comics” who are “f*cking gayer than ISIS” surfaced online.

Gillis quickly issued a non-apology, saying he was just joking and that his remarks were never meant to be taken seriously.

“I’m a comedian who pushes boundaries,” Gillis said on Twitter. “I sometimes miss. I’m happy to apologize to anyone who’s actually offended by anything I’ve said.”

Then yesterday, SNL announced Gillis wouldn’t be joining the cast, after all.

“After talking with Shane Gillis, we have decided that he will not be joining SNL,” the NBC show said in a statement. “We want SNL to have a variety of voices and points of view within the show, and we hired Shane on the strength of his talent as a comedian and his impressive audition for SNL.”

The statement continued: “We were not aware of his prior remarks that have surfaced over the past few days. The language he used is offensive, hurtful and unacceptable. We are sorry that we did not see these clips earlier, and that our vetting process was not up to our standard.”

Shortly after that, Gillis responded by putting out another childish statement on Twitter, saying he thinks it’s “ridiculous” he has to say anything regarding his past racism and homophobia and adding that he always preferred MadTV over SNL anyway.

“I’m a comedian who was funny enough to get on SNL,” he quipped. “That can’t be taken away.”

Um, except that it was.

The responses to Gillis’ firing and his ensuing temper tantrum on Twitter have been mixed.

Some are throwing their full-fledged support behind Gillis:

Hey @Shanemgillis fuck @nbcsnl and everything they hold near and dear to their little pc hearts. It’s a sinking ship anyway. You’re gonna be just fine. Keep your chin ( no pun intended) up!#fucknbc

Shane Gillis is gonna have a sold-out bro tour and a million dollar payday Netflix special about how he is a brave truthteller silenced by cancel culture called Saturday Night Dead within the year, bet on it.

I mean they canceled straws. Shane Gillis didn’t have a chance.

It's funny to say fucked up things you don't believe

If you support comedy you will support @Shanemgillis. Sign up for Matt and Shane’s Patreon. Buy tickets to his shows. Make him into a legend. #fucksnl

Many more, however, think SNL did the right thing by letting him go:

I am never one to celebrate or take joy over the misfortune of others, but Shane Gillis refused to show remorse for what was very evidently hate speech.

Racist trolls are extremely mad #ShaneGillis got fired. It wasn't a joke, it was a racist statement like others he's made before. The guy isn't edgy/pushing boundaries, he just sucks. P.S. MADtv was cancelled because it sucked too

It's funny because at least Dave Chappelle and Kevin Hart had to work to become household names before people would defend their right to be offensive. Shane Gillis getting the same treatment and most of us just heard of that white man last week.

Just to be clear, Shane Gillis was fired because he couldn’t be bothered to even appear sincere while apologizing for using racial slurs, not just the slurs themselves.

Stop crying about cancel culture, he was give a chance and he blew it.

Ok comedians, you can make your offensive jokes, it’s your right, but maybe it just ain’t what the people want anymore?? ???? #ShaneGillis

And then there was this guy:

Shane Gillis is ruining the good name of people with very similar names.

Related: Comedians to Shane Gillis: Your racism and homophobia isn’t cute or groundbreaking