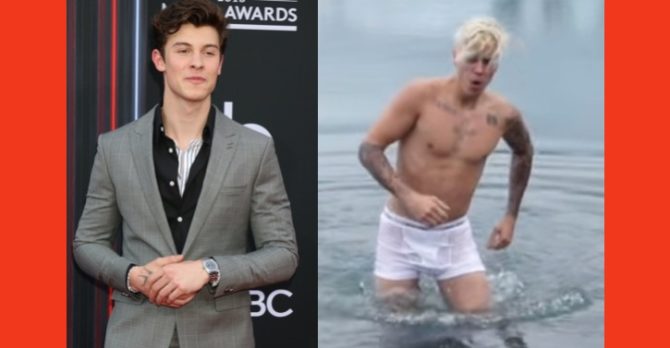 When discussing a topic as heady as Justin Bieber‘s used underwear, we would not have pegged this response from Shawn Mendes:

The statement prompted an obvious follow-up question from Corden.

“How much would you pay for Justin Bieber’s underpants?”

Related: Which famous actor is selling his used jockstrap on the internet?

But he has conditions.

And continuing to play out this fantasy deal, Shawn would prefer it if, perhaps, they were “the pair of underpants [Justin] played hockey in…otherwise they’re just pointless to me.”

Watch this philosophical debate kick off at the 1:45 mark: