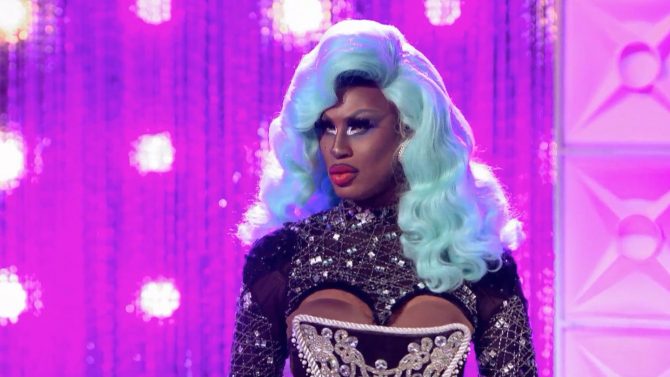 Drag Race alum Shea Couleé has shared that she was asked to perform a drag number as a slave for Black History Month. When she refused, she claims she was blacklisted from the Chicago drag scene.

Couleé, who currently appears on Drag Race All-Stars, went public with the story during a Chicago Black Drag Council event on Twitch. During the conversation, which included the Chicago-based drag queen T Rex, real name Benjamin Bradshaw, Couleé accused Bradshaw of making a joke while the two worked together on a drag show. Couleé was the only black member of the cast.

“You had made a joke,” she said to Bradshaw, “that for Black History Month it would be funny as a number, as a cast, if we performed to Britney Spears’ ‘Slave 4 U’ with me dressed as a slave while the rest of you whipped me.”

Bradshaw admitted to making the remark.

“I want you to know that experience has stayed with me a very long time,” Couleé said. “You were somebody I considered a friend.”

“At times, when you felt as if I was being too bold, you used that and weaponized that against me, to try to blacklist me and stop me from working,” Couleé confessed. “You directly attacked my livelihood, which is an act of violence.”

Couleé then accused Bradshaw of having her blacklisted in Chicago, and that her drag career suffered until her stint on Drag Race.  Since her appearance on the show, she has landed product endorsements, appeared in several music videos, and toured the world as a drag performer.

As a result of the exchange, Chicago’s popular bar Roscoe’s released a statement announcing it has terminated its relationship with Bradshaw, effective immediately.  “We look forward to working with the LGBTQ+ community, and specifically those in the black and genderqueer communities, to take the necessary steps to ensure that all performers at Roscoe’s Tavern are treated fairly, equally and shown respect for their individual art form,” the statement read in part.