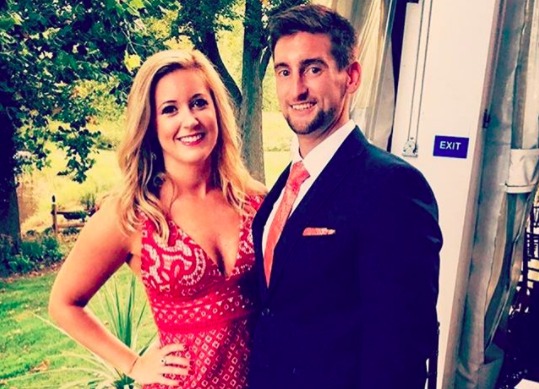 This just in: Convicted gay basher Kathryn Knott is engaged to be married! And the couple is registered at Macy’s!

The secretive registry contains virtually no information about the couple, other than their names, location, and when the ceremony will be held.

So we did a little sleuthing.

Since serving jail time for her involvement in the brutal beating of an innocent gay couple, Knott, who is from Bucks County, PA, has been keeping a very low profile. She hasn’t given any interviews and has absolutely no presence–zero, zip, zilch–on social media. It’s almost like she doesn’t exist. Weird, huh?

Her fiancee, on the other hand, is slightly more visible.

We quickly found Shane Rudolf on LinkedIn. According to his profile, he goes by the name “Rudy” and is the Director of Marketing at Advanced ENT, an Ear, Nose and Throat practice, in the Greater Philadelphia Area: 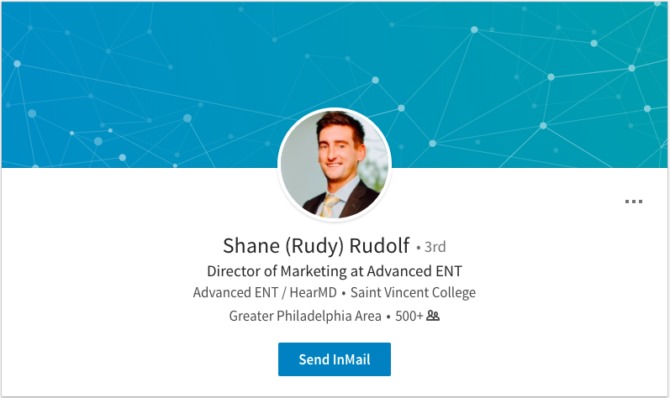 The profile also states that he graduated with a degree in Business from Saint Vincent College in 2012, where he played on the school’s Lacrosse team. 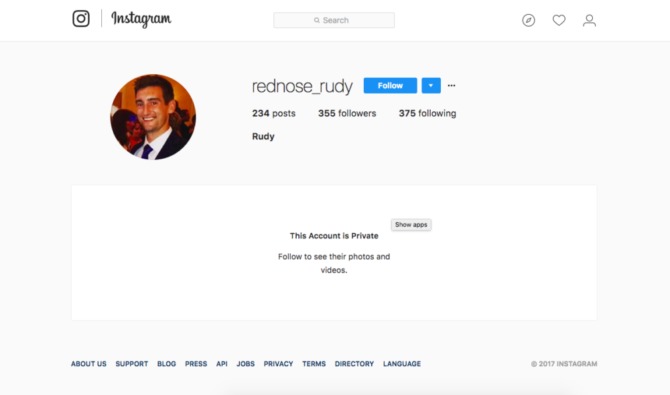 But even the strictest privacy settings aren’t fool-proof. Because back in April, Instagram user @linstagrom tagged @rednose_rudy in a photo; however, she forgot to check her privacy settings, and so the photo has been sitting there, in full public view, for months: 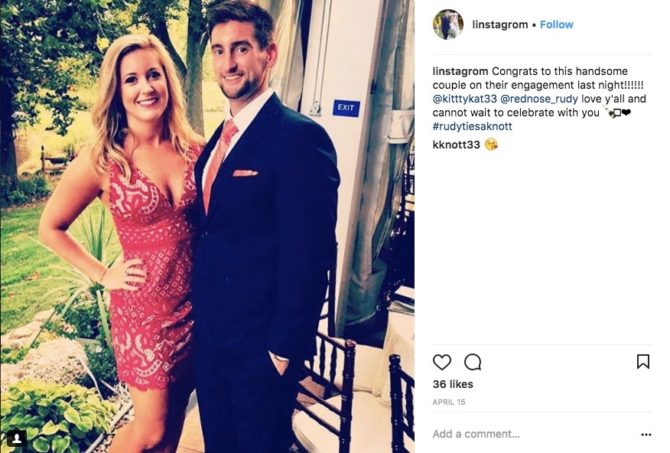 Congrats to this handsome couple on their engagement last night!!!!!! @kitttykat33@rednose_rudy love y’all and cannot wait to celebrate with you ???#rudytiesaknott

Who’s that boxed blonde posing next to @rednose_rudy in the photo?

Why, it’s none other than convicted gay basher Kathryn Knott, who apparently used to go by the Instagram handle @kitttykat33, but has since changed it to a more mature-sounding @kknott33. 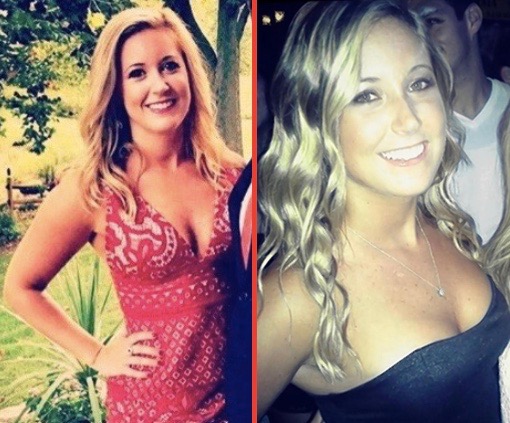 And as it turns out, @kknott33 has been maintaining a private Instagram profile for a while now and we had no idea: 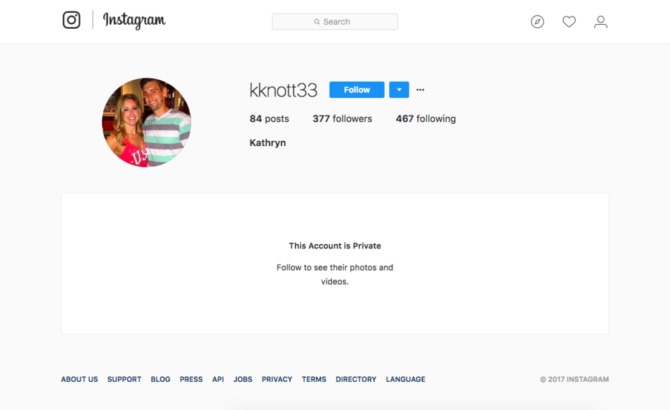 Why so secretive, Kitty?

The couple’s wedding is scheduled for June 1, 2018. They are currently registered at Macy’s under registry ID number 6774275, not to be confused with Kathryn’s old inmate number.

Related: Gay basher Kathryn Knott forced to fork over a ton of money to the men she brutally assaulted