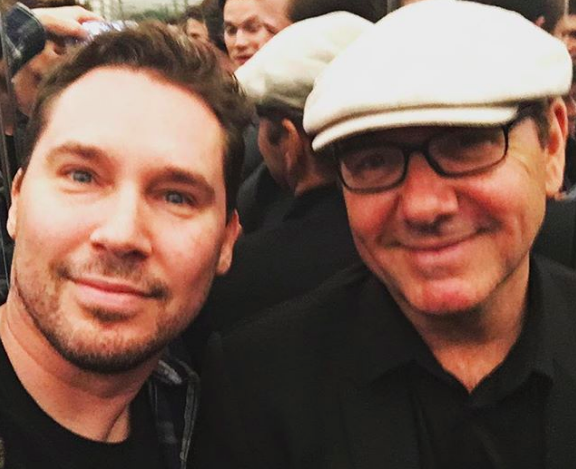 Another day, another Bryan Singer underage sex scandal. Or five. Or ten. Or, honestly, who can keep track anymore?

The Atlantic just published a truly damning year-long investigation into multiple allegations of sexual misconduct made against the Bohemian Rhapsody director, speaking to over 50 sources, including four who have never spoken out before.

“The accusations against Singer cover a spectrum,” The Atlantic reports. “Some of the alleged victims say they were seduced by the director while underage; others say they were raped.”

The article goes on to call 53-year-old Singer “a troubled man who surrounded himself with vulnerable teenage boys, many of them estranged from their families.”

The victims we interviewed told us these experiences left them psychologically damaged, with substance-abuse problems, depression, and PTSD. … Their accounts suggest that Singer didn’t act alone; he was aided by friends and associates who brought him young men. And he was abetted, in a less direct way, by an industry in which a record of producing hits confers immense power.

Among the alleged victims were two men who claim they had sex with Singer at his Beverly Hills home in the late ’90s when they were both underage.

A man we’ll call Eric told us that he was 17 in 1997 when he and Singer had sex at a party at the director’s house; another we’ll call Andy says he was only 15 that same year, when he and Singer had sex in a Beverly Hills mansion. Both men say Singer, who was then in his early 30s, knew they were under 18, the age of consent in California. (They asked The Atlantic to conceal their identity for fear of retaliation, and because they didn’t want certain details about their past made public.)

Other alleged victims featured in the article include Victor Valdovinos, who claims Singer molested him at 13 on the set of the film Apt Pupil, a man named Ben who says he was “passed around” by the guys in Singer’s inner circle, and a man named “Andy” who alleges he had sex with Singer at a party when he was just 14.

Related: Bryan Singer issues cryptic statement saying something terrible is about to be published about him

Last October, Singer issued a statement defending himself against an article about him set to be published in the near future, calling it “fictional and irresponsible” and saying it “will rehash false accusations and baseless lawsuits”, and writing on Instagram:

I have known for some time that [there may be] a negative article about me. They have contacted my friends, colleagues and people I don’t even know. In today’s climate where people’s careers are being harmed by mere accusations, what [these reporters are] attempting to do is a reckless disregard for the truth, making assumptions that are fictional and irresponsible.

At the time, Singer said the article would be published by Esquire and claimed it was set to coincide with the release of Bohemian Rhapsody to ensure maximum damage to the film and his reputation.

Though Singer is credited as the director of Bohemian Rhapsody, he was actually fired from the film two weeks before production wrapped after reports of erratic behavior on set. Dexter Fletcher was rushed in to replace him; however, Singer is listed as the sole director.

Singer has yet to issue any statement now that the article has been published.