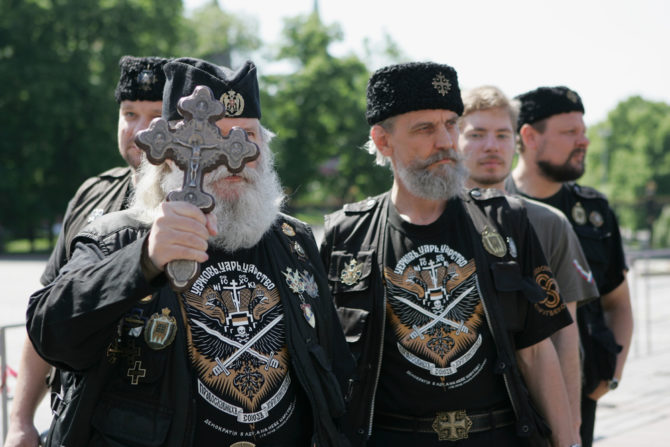 While the world watches in horror as gay men are violently persecuted in Chechnya, a closer look at Russia as a whole reveals some other troubling practices still being performed on LGBTQ people.

It’s widely known that homophobia runs rampant across Russia, but reports of so-called “cures” are raising even more concern.

Psychotherapist Yan Goland, for instance, claims to have “cured” 78 gay and eight transsexual people using a hypnosis method developed in the Soviet Union. Now 80 years old, he is still practicing his technique.

He says the process takes between eight and eighteen months.

“When a patient comes to me, I show them similar cases: how they were and how they are now. The patient is filled with hope that we can help, and understands they need to be treated,” he told the BBC.

First he attempts to eliminate same-sex attraction, then forge an attraction to the opposite sex by encouraging male patients to objectify women.

“I tell them: ‘when you leave the session, walk down the street and take a look at all the young woman you see, take an interest in their figures and select the best.'”

Next he facilitates a sexual encounter with a member of the opposite sex.

One man who went through the experience said, “The result was, without doubt, negative if not damaging. It was catastrophic, if I’m honest.”

Another group, the Nikitenko brothers, say homosexuality is a kind of obsessive-compulsive disorder and boast that they’ve already “cured” seven men.

“When someone watches pornography and has gay sex, they forge a new neural pathway in the brain,” said Nikolai Nikitenko. “A guy from Vladivostok called me: he’s 18 and said he was worrying for nine hours a day about becoming gay.”

Other “treatments” include holy water, as one woman named Maria recounts.

“I couldn’t hear anything; I was bawling my eyes out. They kept on reading out prayers and forced me to go to church, where I was told that my attraction to other women came from Satan,” she told the BBC.

“They covered me in holy water and forced me to drink it. Sometimes they hit me with rods. I feel like they broke my mind.”

Homosexuality is no longer a recognized psychiatric conditions Russia, but these accounts and others like them point to the suffering still experienced by LGBTQ people across the country.

On Tuesday German Chancellor Angela Merkel announced to the world that she had asked President Vladimir Putin to “use his influence to protect the rights of minorities.”

Photo: Members of a Russian ultra-orthodox clerical group take part in a rally against gay pride parade on May 28, 2011 in Moscow, Russia.