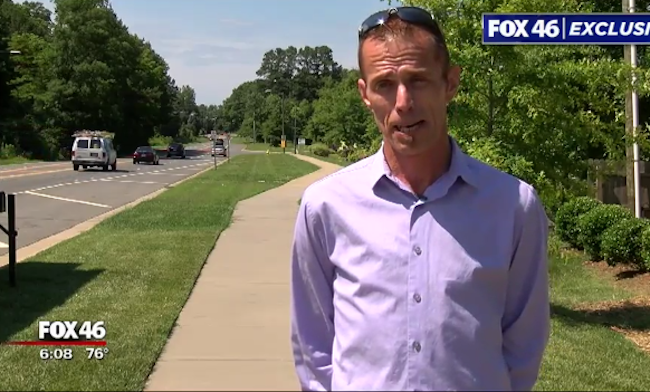 Reports suggest some of Donald Trump‘s cronies have reached out to a group called Deplorable Pride; a group that wasn’t allowed to march in this year’s parade in Charlotte, North Carolina.

On Monday, the group’s cofounder Brian Talbert revealed The White House Office of Political Affairs contacted him personally in a “show of support.”

According to Talbert, Trump staffers wanted to hear details about Charlotte Pride’s refusal to let the group’s float be included, and they thanked the group for joining a sit-in at a Starbucks branch last weekend where a barista had mocked someone in a Trump tee.

Related: Presidenting is hard: the 10 most embarrassing quotes from Donald Trump’s AP interview

“I was told to expect a call from the White House, but I still just about fell over when I got it,” Talbert said.

“They asked me to email them everything I could on what happened. I was told: ‘The president is going to want to see this.’

It definitely re-affirmed what I thought about the type of man he is.”

In a statement, Charlotte Pride defends its decision to ban the group, saying it’s in keeping with the organization’s trend of denying participation by “other organizations espousing anti-LGBTQ religious or public policy stances.”

“Charlotte Pride envisions a world in which LGBTQ people are affirmed, respected, and included in the full social and civic life of their local communities, free from fear of any discrimination, rejection, and prejudice.”

Meanwile, members of the Mecklenburg County Republican Party have voiced support for Deplorable Pride, with the county’s spokesman James Tatro saying, “It’s a shame that a community once known for its inclusiveness is excluding their own based on political views.”

Despite death threats, Talbert says “you are not going to stop hearing from Deplorable Pride.”

“I’ll be honest. I’ve enjoyed exposing the bigoted hypocrisy of the left. We have gone from being oppressed to being the oppressor in less than 50 years.”