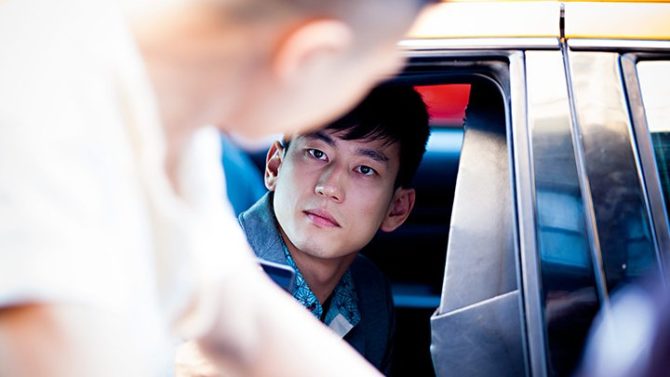 Bio: Born in New York to Korean-American parents, Choi moved to Los Angeles to pursue a Hollywood career. He got his start as an Abercrombie model before transitioning to acting, where he gained notice for his role in the film Front Cover and on the sitcom Single Parents. He will next appear in The Sun is Also a Star, which comes out next year.

I don’t know how to actually DVR but @singleparentstv is comin to you sept 26th 9:30|8:30c on ABC. thanks for the props @nike @nikebasketball #dragonballsuper #bestdadever #levels

Coming out: Choi played an out-gay man in Front Cover, which caused him to rethink his own sexuality. Choi revealed that he’s “sexually fluid” in an interview in Very Good Light: “Back when people questioned if I was gay after the move, I was like, ‘No, No.’ But after I did Front Cover, it made me think. A lot. Am I really living my truth?”

Making a Difference: Following his role in Front Cover, he started asking himself hard questions. “What does it mean when I’m talking to a guy and connect with him emotionally with intimate energy?” he wondered. “Maybe it’s not just sexual but it could be. Maybe, shit, I’m attracted to everything. Maybe it’s more feminine or more androgynous. I realized yeah, I’m fluid. It’s not black or white. It’s grey.”

All I need in this life of sin, is me and my minpin #Annabelle #minpinstagram

Words of Wisdom to Queerty:

“I think coming out is a force for good because it helps inspire and empower other people to live their own truth, and to understand and embrace their own identity. This world is constantly thrusting at us ideas and images of who and what we should be, and what “normal” is. So many people change themselves in order to conform to the standards imposed by society, without ever questioning whether the standards are fair or right or justified. Coming out helps break free of those conventions and archaic views. I came out without even planning to during the interview with Very Good Light, to be frank. But it felt good.”