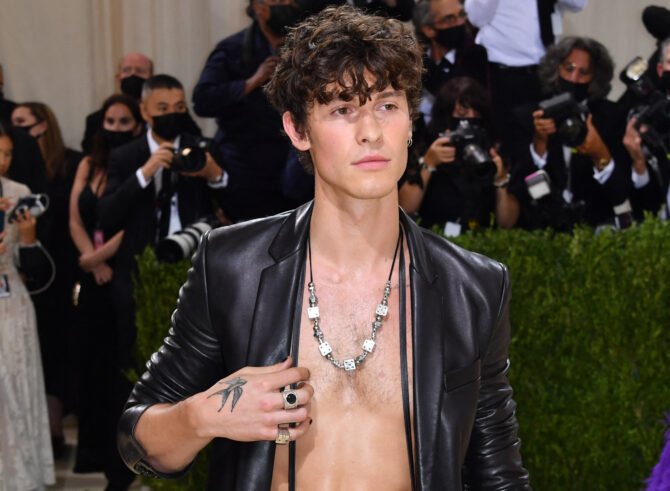 Shawn Mendes has shared a letter with fans about wanting to live his truth, admitting he’s “afraid that if people know and see the truth they might think less” of him.

“The truth is I really do wanna show up in the world as my 100% true honest unique self and not care what anyone thinks,” the “When You’re Gone” singer wrote, adding that, “most of the time that is a struggle.”

It’s not hard to read the message as a desire to come out of the closet. Gay rumors have circulated around Mendes for years, though he’s repeatedly rebuked them.

In 2020 he spoke to The Guardian about a “desperation for me to come out as being gay, which is such a ridiculous thing.”

“I got upset because I know people who are gay who haven’t come out yet and I know the suffering they experience because of that. It’s just completely ignorant and insensitive of people to be on that s**t,” he added.

Related: Man accidentally sparks gay rumors about his dad and David Bowie after sharing thirsty photo of them

When Mendes was asked about the rumors in 2018, he said: “I’d like to say I don’t care about it, but that’s not true. This massive, massive thing for the last five years about me being gay.

“In the back of my heart, I feel like I need to go be seen with someone – like a girl – in public, to prove to people that I’m not gay.

“Even though in my heart, I know that it’s not a bad thing. There’s still a piece of me that thinks that. And I hate that side of me.”

Sometimes I ask my self what it is that I should be doing with my life and what I always hear in return is “to tell the truth, to be the truth.” I feel like that’s a hard thing to do though.

I’m afraid that if people know and see the truth they might think less of me. They might become bored of me.

So in those moments of feeling low I either put on a show or hide.

The truth, in current form is a 23 year old who constantly feels like he’s either flying or drowning. Maybe that’s just what it is to be in your 20’s idk, or maybe that’s just me.

The truth is I really do wanna show up in the world as my 100% true honest unique self and not care what anyone thinks, sometimes I do!! Sometimes I really don’t care what people think and I feel free. Most of the time that is a struggle tho. That’s the truth.

The truth is even with so much success I still find It hard to feel like I’m not failing. Hyper focused on what I don’t have, forgetting to see all that I do.

The truth is I’m so overwhelmed and overstimulated lol.

The truth is ALSO that I’m okay. I’m just tryna tell and be the truth.

He followed up with a tweet reassuring fans he’s OK:

im honestly so okay! i just wanna communicate with you guys in a real honest way. so i just typed i big old note out for you lol