NewFest, New York’s leading LGBTQ+ film and media organization, returns for 2021 with a special hybrid festival using cinemas around New York City, and letting viewers enjoy this year’s programming from home. Still, with a whopping 130 titles this year, how can viewers decide what to watch?

Check out our list of the must-see titles from NewFest 2021. The festival runs in-person and online from October 15-26.

Kicking off the festival this year, Mayor Pete, the new documentary about Pete Buttigieg‘s historic bid for the White House. Director Jesse Moss follows Buttigieg and his husband, Chasten, all the way from South Bend, Indiana to the national stage. Looks inside Presidential campaigns rarely get this intimate…and never get this queer. Until now.

This historical drama, based on a true story, follows two Russian soldiers that meet on an Air Force base and fall madly in love with one another. In a story that spans decades, the pair fight to keep their love alive, and safely secret. A chance discovery plunges the pair into a world of hurt and betrayal as the pair risks their lives to stay together. 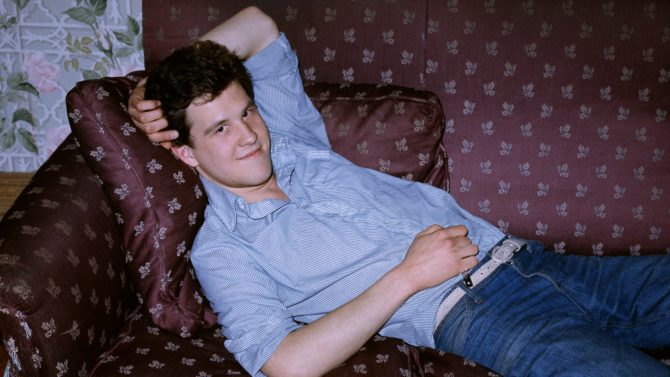 This new documentary chronicles the New York City queer art scene circa the 1980s, when urban decay, AIDS and the crack epidemic threatened the lives of artists on a daily basis. The film focuses on the life of Edward Brezinski, a friend of celebrated artists Keith Haring, David Wojnarowicz, and Jean-Michel Basquiat. While Brezinski never would reach the same levels of fame, he became a force within the art underground, exemplified by his ever-ambitious quest for success. Featuring new interviews and archive footage, the 80s and Brezinksi come back to life, chronicling a celebrated moment in art history, and culminating in his mysterious disappearance.

Actor and playwright Charles Busch (Die Mommy Die) steps behind the camera in this new comedy, in which he also stars. The Sixth Reel follows movie nerd Jimmy (Busch) following the death of a close friend. Rumor has it the deceased had the only existing print of the silent horror film London After Midnight. Together with Helen (Julie Halston), his dead friend’s sister, Jimmy sets out to bring the lost film to light…if a cabal of fellow movie nerds doesn’t kill them first. Margaret Cho, Peter Paige and Tim Daly also star.

We’ve been obsessing over this innovative film since it debuted at Sundance earlier this year. This intriguing mix of animation and live-action tells the story of a gay Afghan man who managed to escape to Denmark as a child refugee. As he prepares to marry his longtime boyfriend, shocking secrets from his past threaten to derail his life.

Drag Race alum Bebe Zahara Benet stars in this documentary biopic which chronicles her career and drive to succeed in showbiz. The film, under the direction of Emily Branham, follows Benet as he prepares for Drag Race, enjoys his first rush of international acclaim, struggles to find work, and rises again. It’s a naked look at a consummate performer, reluctant activist, and intensely private person fighting for a career in showbusiness.

The cult documentary–a look behind the scenes of Madonna’s Blond Ambition tour–gets a special revival at NewFest…and a special brunch to boot. Full of now-iconic scenes of celebrities including Warren Beatty, Antonio Banderas, Sandra Bernhard and more, Truth or Dare chronicles Madonna’s own behind-the-scenes shenanigans, and her white-hot drive to succeed.