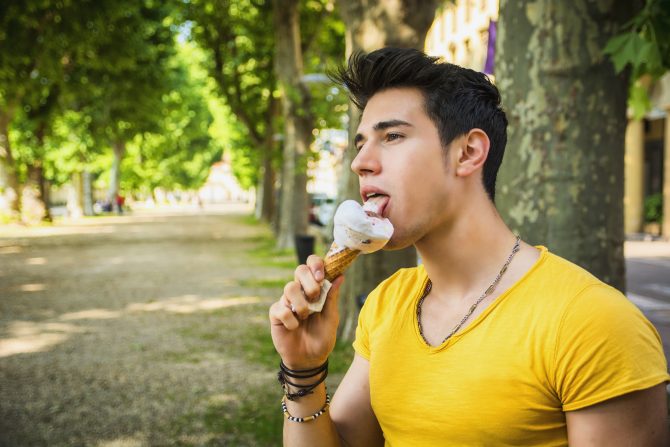 One guy is over being “vanilla-shamed” by kinksters, and he took to Reddit to urge his fellow gays to live and let live.

This user starts his post by saying he’s been chatting with a lot of kinky guys lately. He says he’s down for those kinks from time to time and that kinksters are “very welcome” in his world.

“Sadly, no one seems to reciprocate that openness when I say that I prefer ‘vanilla’ stuff,” he says. “Like, I just prefer simple foreplay and regular sex. [I] don’t feel the need to push further. But when I tell guys this, they alwaysrespond negatively.”

Related: Gay writer calls guys who are into leather “deviants” and “degenerates” in self-loathing op-ed

The Redditor then shares an example: a recent chat in which a guy said the Redditor “must be boring.”

[It’s] not the first time I’ve been called that, or “lame” or “basic” or “dull” or “bad in bed” or whatever else. Hell, some have claimed I shamed them because I said I prefer vanilla, because apparently not sharing his interests is ‘shaming’ now. Folks, this needs to stop. Not everyone’s gonna want what you want, and you’re not being shamed just because they don’t prefer what you prefer. I see a lot of people get furious over kink-shaming (and rightly so), but refuse to do the same for vanilla-shaming. I thought sex positivity was supposed to be about being open to everyone, not just some. Forget kink-shaming, how about no shaming period?

Commenters empathized with this vanilla-leaning guy.

“Just tell them to get a grip,” one wrote. “This is coming from a serious kinkster, by the way. But kinkster or not, the bigger issue I see on Grindr and other apps is guys wanting to push their sexual way of thinking on other people, else be branded defective somehow.”

One Redditor, meanwhile, said he too was mostly vanilla but sex-positive and “GGG” — i.e. Dan Savage’s term for someone who is good in bed, giving of equal time and equal pleasure, and game for anything within reason. “A lot of online kinksters really don’t hesitate to shame vanilla people,” that user wrote. “I think respect and consideration should go both ways. I go out of my way not to kink-shame or look like I’m kink-shaming, so please don’t call me boring.”

Perhaps another Redditor put it best: “Everyone should just be open and honest about what they like and want and respect other people enough to let them be who they are.”