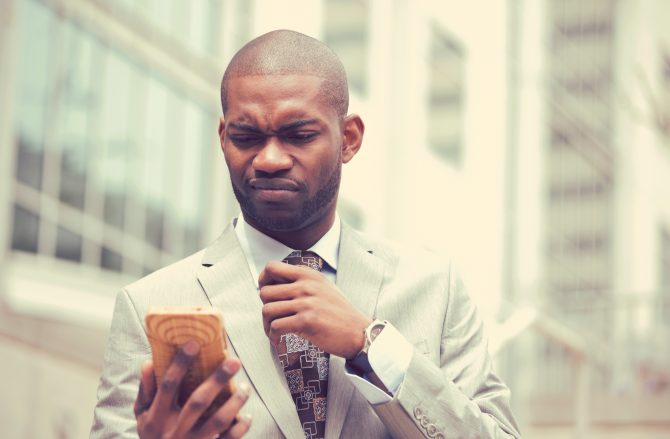 A Reddit user said he recently learned of a Grindr catfish passing themselves off as him, and he’s not sure if he should care.

“Someone let me know that they found an account impersonating me,” he wrote. “As far as I know, this is unfortunate but doesn’t really put me in any legal jeopardy. Am I missing anything important?”

Related: Been flirting with this guy on Twitter? Congrats — you’ve just been catfished.

The Redditor didn’t say how the catfish is impersonating him, but he did elaborate a little after another user wrote that the Redditor’s response should depend on what the fake account says. “Their profile description does include links to a Cash app account and [a] Venmo account, but those accounts aren’t in my name,” he wrote. “The profile uses a different name and the payment app usernames are names that I am not associated with.”

Other commenters came with advice, saying that the original poster should, in fact, care and should do what he can to stop the fakery. “Report that account,” one commenter wrote. “I mean, you never know what [might] happen in the future.”

Related: Confessions of catfish bait: What it’s like to have your selfie used as someone else’s profile pic

“I’ve had this happen a few times,” another user said. “I always just tell the person who saw it to report it and move on. There’s not much you can really do.”

And a third commenter recommended using a reverse image search. “You might find [your photos] being used elsewhere. Then you can report those sites.”