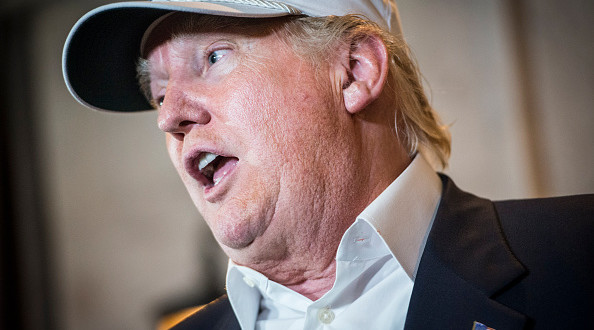 It’s no secret that Donald Trump is a wee bit obsessed with the media. There’s nothing he loves more (aside from himself, that is) than telling them they’re “wrong,” “fake news,” and that he doesn’t give a damn what they say about him.

But new reporting reveals Trump’s obsession with the media is even deeper than we ever imagined. So much so that he has created a special position that requires some poor, unfortunate soul to get up every day at 6 a.m to scour the internet for positive news stories about him, which that person then prints out and places into a manilla folder that gets delivered to the president’s desk twice a day.

According to White House “leakers,” the folder is referred to by staff as “the propaganda document” and contains screenshots, tweets, news stories, and interview transcripts.

31-year-old White House director of rapid response, Andy Hemming, is the person tasked with managing the propaganda document. He spends every workday glued to the TV, keeping one eye on cable news and another on Twitter, print, and online media. In addition to sending the positive news stories to Trump, he also blasts them to a list of more than 1,000 reporters and TV pundits, who then use the reports to craft optimistic stories about Trump’s not-so-optimistic presidency.

Did we mention he gets $89,000 plus benefits to do this? Paid for by the taxpayers.

There’s nothing new about an administration trying to promote its wins. But in the Trump White House, where Hemming’s job is not to discredit the mainstream media but to celebrate stories the administration likes, it can seem like he is trying to bail out a sinking boat with a teacup.

According to one White House leaker, people have been happily going along with the whole thing for months because “Maybe it’s good for the country that the president is in a good mood in the morning.”

It’ll be even better for the country when the current president is no longer the president, don’t you agree?