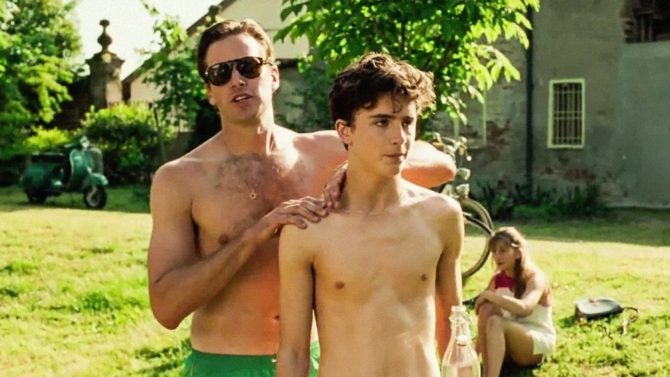 Everyone’s gushing about Call Me By Your Name.

The indie hit has racked up three Golden Globe nominations for Best Actor in a Drama (Timotheé Chalamet), Best Supporting Actor in a Drama (Armie Hammer), and Best Drama Motion Picture, and it has Oscar buzz written all over it.

But if we had to pick one thing the film is missing, the glaring omission from Luca Guadagnino’s cinematic masterpiece is fairly clear: characters from Disney’s Monsters, Inc. franchise.

We’ve seen Call Me By Your Name twice now (and have stayed through the closing credits, which we highly recommend), and nowhere, not once, did Sully, Mike, Boo, Roz or Randall pop in for comic relief.

Well, thanks to Mikey Heller, the head writer for Cartoon Network’s We Bare Bears, we now have a glimpse at what the film would be like set inside a Disney classic:

I made a trailer for Call Me By Your Name using clips from Monsters University. pic.twitter.com/r1ZRwZvHlx

Heller later shared this about the reaction his video has received:

I like how the general consensus for this video is that it’s great and should be deleted.