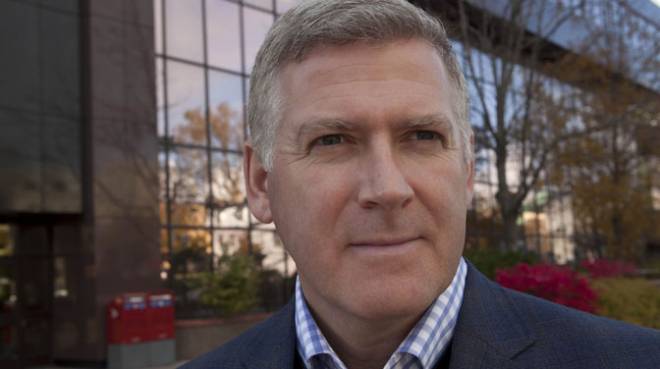 A small town mayor who faced being outed has taken the high road, choosing to open up publicly about his sexuality rather than try to stop the would-be outer.

Cecil Clarke is the mayor of Cape Breton, Nova Scotia. He is also an out and proud man. He can be both! Go figure.

The 49-year-old politician told the CBC’s Mainstreet Cape Breton radio show on Thursday that he’d learned of someone “wanting to possibly shame.”

Clarke opted to out himself instead.

“If that’s homophobia and the fact that I’m gay in political life, then shame on people that do that,” he said.

The foiled plan likely had something to do with the fact that Clarke is soon expected to announce his candidacy for leadership of Nova Scotia’s Progressive Conservative Party.

“I’m not going to go forward and announce my intentions about the Progressive Conservative Party leadership race having people think that they are going to shame me,” he said. “Or hold something over me, or make it [seem]… in this day and age, that being gay is somehow a bad thing.”

“If I don’t speak out now, if I can’t go into a room and know that the person I want to spend my life with can’t be there freely as well? I actually turned it around and said, ’No, I’m not prepared,'” he continued. “Shame on me—it’s time to say no to this type of abuse.”

He expressed gratitude for his family and longtime partner for their continued support.

His opponent in the race had this say:

I appreciate you bravely sharing your story today, Cecil. I stand by you, and I'm proud to be in a diverse and inclusive party like the @nspc. Let's focus on issues in the leadership race, and I condemn all personal attacks. @CBRMGov #nspoli

You can listen to the interview below: