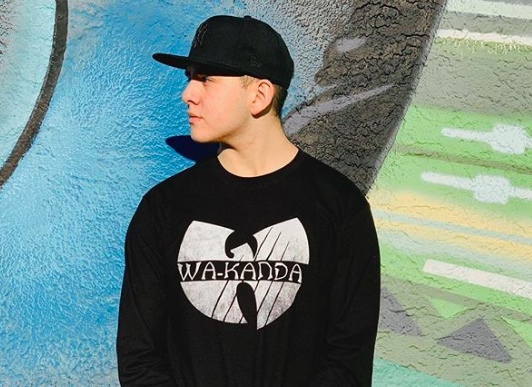 Lopez is the youngest child of the late Jenni Rivera, the iconic Latina pop artist whose life was cut tragically short when she died at age 43 in a plane crash in 2012.

In 2017, five years after his mother’s death, Lopez posted a video on social media saying he was in love with another boy his age.

In the video, the then-16-year-old said he hadn’t planned on coming out publicly yet, but decided to do so after his boyfriend, Joaquín Navarro, accidentally let the cat out of the bag in an innocent Instagram post when he called Lopez “the most handsome man on Earth”.

Now, two years later, Lopez has revealed what happened after he came out.

In a series of tweets this week, Lopez, now 18, says he quickly became inundated with DMs from guys of all ages, even though he said in his coming out video that he was in a relationship.

Not just that, but many of the guys sent him dick pics, despite him being a minor.

“I could have done a full season of ‘Catch a Predator’,” he tweeted on Wednesday.

They’re lucky I’m 18 now. The amount of people that were sending their dicks to a minor, oof. I could’ve made a whole season of To Catch A Predator. https://t.co/B8cnSolyXb

Lopez says the situation became really “f*cking annoying”, but it was dealing with people’s reactions that actually proved the biggest challenge.

Many people, he says, assumed “that sexuality defines your character, even though in reality it is a very small part of your whole being.”

“Being bisexual is literally, like, 5 percent of everything I am,” he says.

People treat you different based on stereotypes and they assume that your sexuality is your whole entire character, when in reality it’s one small part of you. I literally cannot express how being bisexual is literally like only 5% of who I am. https://t.co/zMkLSUnau3