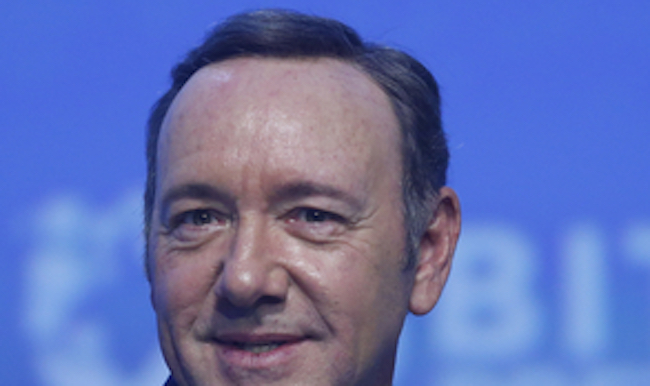 In the wake of a cascade of sexual assault allegations from a number of men, actor Kevin Spacey will no longer star in Ridley Scott’s All the Money in the World.

But wait… the entire film has already been shot.

CNN reports Scott decided to completely edit Spacey out of the entire film and replace him with Christopher Plummer, an unprecedented move. The film is about J. Paul Getty’s (Spacey, now Plummer) refusal to meet the demands of a group of kidnappers who had abducted and mutilated his grandson John Paul Getty III.

Apparently, they’ll be pulling some serious all-nighters in the editing room, since they’re still expecting to release the film on December 22.

According to CNN, the recasting “comes just one day after Sony and TriStar decided to pull the film from the AFI Festival’s prestigious closing night spot.”

In a statement, TriStar Pictures said:

“There are over 800 other actors, writers, artists, craftspeople and crew who worked tirelessly and ethically on this film, some for years, including one of cinema’s master directors. It would be a gross injustice to punish all of them for the wrongdoings of one supporting actor in the film.”