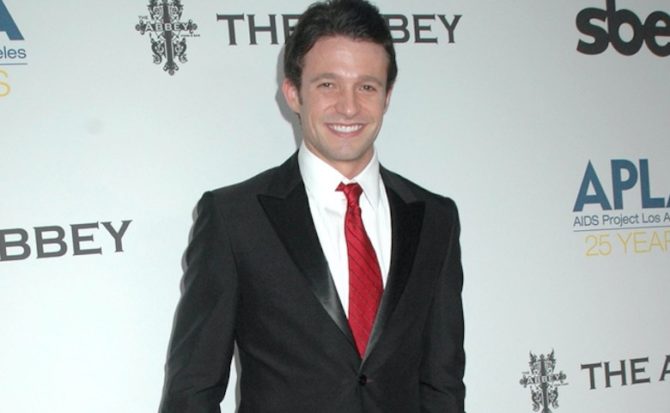 Actor, musician and theater producer Jason Dottley is best known for his starring role as “Ty Williamson” in Sordid Lives: The Series, which ran on LOGO in 2008.

On Monday, the 36-year-old entertainer posted a lengthy Facebook status update alleging widespread sexual harassment and abuse at the hands of industry professionals when he was a teenager trying to make it as an actor.

Included with the post is an image that appears to be a production still from a 2003 play called The Lisbon Traviata, credited on Wikipedia as Dottley’s professional acting debut.

Dottley doesn’t name names, but he does single out his former agent, a theater producer, and a Warner Brothers executive as having behaved wildly inappropriately.

“#METOO so much this list is long,” he begins, “and it’s just what I can remember this past week all of the times I was sexually harassed in Hollywood. And Please SHARE so that we can expose not only those who sexually harass women, but the leeches in the gay world too.”

Read his full statement below:

“#METOO so much this list is long, and it’s just what I can remember this past week all of the times I was sexually harassed in Hollywood. And Please SHARE so that we can expose not only those who sexually harass women, but the leeches in the gay world too. My first “agent” asked me to meet him at his apartment for a meeting, I was 19, didn’t know better. When I got there he made a call and got me a meeting with a casting person. Then as I was leaving he said, “Aren’t you going to thank me for what I did for you today” WITH HIS DICK OUT and in my face. From having to walk from my first professional play the night before we opened because my producer was harassing me so badly (you know, the usual, slapping my bare ass and calling me “his twink” – which was bare bc my entrance in “Lisbon Traviata” called for it and our director was the head of our division of Actors Equity and after reporting this to him time and again, after he saw it happen time and again, he did NOTHING until I threatened to walk away; to one of the most powerful managers in the business forcefully holding me down, forearm over my neck telling me I was going to take it – then a few days later texting me that he’d have my husband killed if that’s what it took to have me – he text me that, that’s how secure he was in his horribleness; night club owner who offered me a tour stop – and he literally said this in his message- if my fee would cover some private time with him after the show – I declined, got no offer; to the first time it happened to me at 19 when a Warner Brothers exec who lured me with claims he wanted me for an all gay boy band, lured me by introducing me to Madonna, lured me to his nyc apartment b/c “you could see into Madonna’s” from his, they bought their units at the same time, then when he came for my naive 19 year old body and I declined, the boy band went away, the invites to the best parties, all of it, gone b/c I wasn’t going to sleep with him.
I kept my dignity but I sure lost a lot of hope.”

#METOO so much this list is long, and it's just what I can remember this past week all of the times I was sexually…