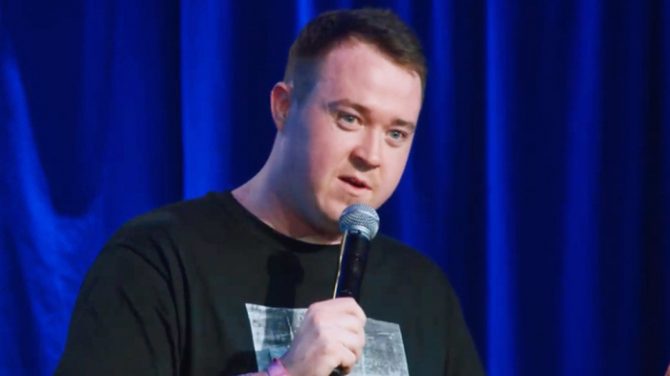 The plot has thickened in the ongoing Shane Gillis/SNL drama…

“After talking with Shane Gillis, we have decided that he will not be joining SNL,” the NBC show said in a statement. “We want SNL to have a variety of voices and points of view within the show, and we hired Shane on the strength of his talent as a comedian and his impressive audition for SNL.”

The statement continued: “We were not aware of his prior remarks that have surfaced over the past few days. The language he used is offensive, hurtful and unacceptable. We are sorry that we did not see these clips earlier, and that our vetting process was not up to our standard.”

Now, several outlets are reporting that SNL initially hired Gillis to woo conservative audiences, implying that producers might not have been as blissfully ignorant as they initially claimed.

According to sources, the long-running NBC comedy show and series mastermind Lorne Michaels were actively looking to cast a comedian for its new season who would appeal to more conservative viewers. This was meant to counteract the appearance of a liberal bias on the show, given that it has seen a major resurgence in popularity in recent years with Alec Baldwin regularly portraying President Donald Trump while other cast members and guest stars have played members of his administration and those in his orbit.

If this is true, then to appeal to conservative audiences, SNL felt it needed to add an unremarkable straight white guy to the cast of its 45th season. Huh.

It really says something about both Lorne Michaels and the modern right wing that the solution @nbcsnl hit upon to “appeal to conservatives” was to hire an unabashed racist https://t.co/CkfnMsUveI

According to sources, Gillis was “well-known” in the comedy world for using racist, homophobic, and misogynistic language prior to being hired by SNL, throwing into question producers’ claims that they were “not aware of his prior remarks.”

In addition to calling Chinese people “f*cking ch*nks” and women “flat-chested b*tches,” Gillis has frequently used the word “f*ggot” in his standup routine and once joked about “hot Southern boys” being raped during the Civil War, comparing it to “having gay sex in jail.”

SNL has not issued any additional comment over the Shane Gillis controversy. Meanwhile, Gillis responded to his firing by saying he thinks it’s “ridiculous” he even has to say anything regarding his history of racism and homophobia in his comedy routine and adding that he always preferred MadTV over SNL anyway.

“I’m a comedian who was funny enough to get on SNL,” he quipped. “That can’t be taken away.”

Except that it was.