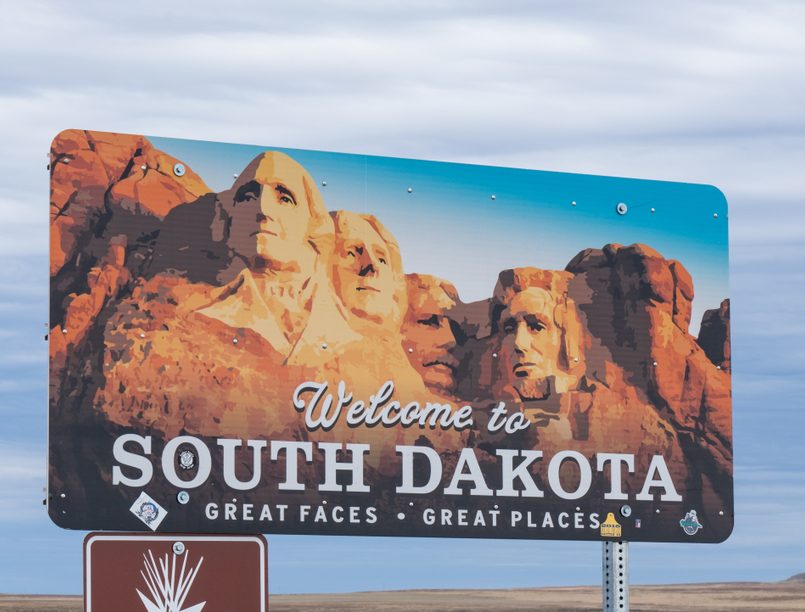 While other states have been slowly chipping away at LGBTQ rights little by little over the past few years, South Dakota has decided to do it all in one fell swoop.

Republican lawmakers in the Mouth Rushmore State just introduced HB 1215, which opponents say is the most damaging, most comprehensive, most retrogressive anti-LGBTQ bill in history.

Rep. Tony Randolph, a Republican from Rapid City who holds a 100% rating with the antigay hate group Family Heritage Alliance, introduced the bill last Thursday. Here’s what it aims to do:

The state may not enforce, endorse, or favor policies that:

(1) Permit any form of marriage that does not involve a man and a woman;

(2) Appropriate benefits to persons who enter a marriage other than a marriage involving a man and a woman;

(3) Permit counties to issue marriage licenses to persons other than for a marriage involving a man and a woman;

(4) Treat sexual orientation as a suspect class or as a basis of prohibited discrimination;

(5) Recognize a person’s belief that that person was born a gender that does not accord with the biological sex of the person as determined by that person’s anatomy at birth;

(7) Ban conversion therapy. Under this subdivision, conversion therapy, means a therapeutic practice in which a licensed medical professional, acting under authorized consent, assists a client in the goal or realigning the client’s sexual preference to prefer members of the opposite sex who have corresponding reproductive anatomy;

(11) Permit a person to change the sex on a birth certificate to a sex that does not accord with that person’s anatomy at birth.

Oh, and on top of that, it groups homosexuality in with zoophilia and objectophilia.

So, basically, Republicans want to prohibit anything that might make LGBTQ people’s lives easier, safer, healthier, or happier.

The ACLU of South Dakota put out a statement condemning the HB 1215:

This bill is further proof that some South Dakota legislators remain committed to discriminating against LGBTQ people and their families. South Dakota lawmakers cannot defy the U.S. Supreme Court based on their extreme personal views.

The bill comes just two weeks after lawmakers in South Dakota introduced another bill that aims to make it a illegal for healthcare providers to offer gender-affirming care to minors. If passed, any medical professionals who provide transgender children with puberty blockers, hormones, or any other other transition-related care would be felons and could face up to 10 years in prison.

Did we mention South Dakota’s state legislature has a total of 89 Republicans and 16 Democrats?