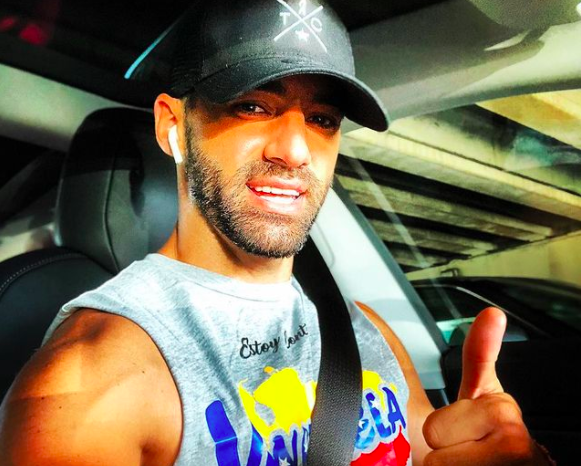 Toni Costa is a Spanish dancer/choreographer and influencer with almost 2 million followers on Instagram, and when you see some of his posts, you’ll likely understand why…

In June, Costa announced he had split up with his longterm partner, actress/TV personality Adamari López, after 10 years.

Throughout his career, he’s been dogged by gay and bisexual rumors, which only intensified after López gave a cryptic interview to People en Español last month.

“There are things that I couldn’t allow for myself, but especially for my daughter,” she said. “He and I know what happened. He knows why. I didn’t make the decision lightly. It was not a tantrum. It was not a whim.”

Costa has never really addressed the rumors. But after posting a video of a Zumba dance routine to Instagram recently, he finally responded to them when confronted by a snarky commenter.

It all started with a follower wrote, “How brave you are. With his back hurt, his heart probably shattered with so much gossip and always with a smile, and an excellent attitude. You really are a champion.”

This message didn’t sit well with a user by the name of @Melaniah252, who responded, “Gossipers? If he is bisexual they are his problems and if it is true, he must accept the rumors.”

That’s when Costa himself decided to chime in.

“@Melaniah252 and where do you get that from,” he replied. “Tell me…. And why do I have to accept something that I am not? Keep believing the shortcut of lies they tell out there.” 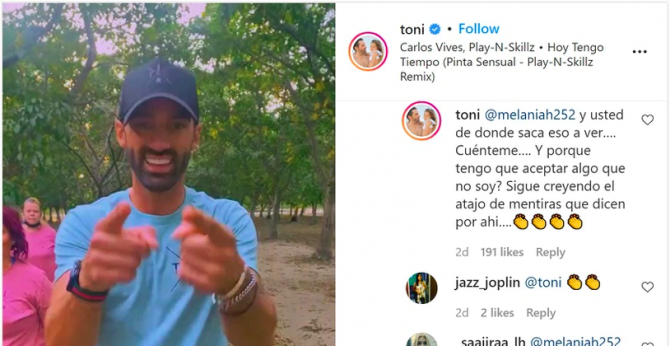 Well, that settles that!

Just so everyone is clear: Costa is not into guys, and that’s OK! We’ll still keep watching his dancing videos though. Speaking of, here’s his latest…